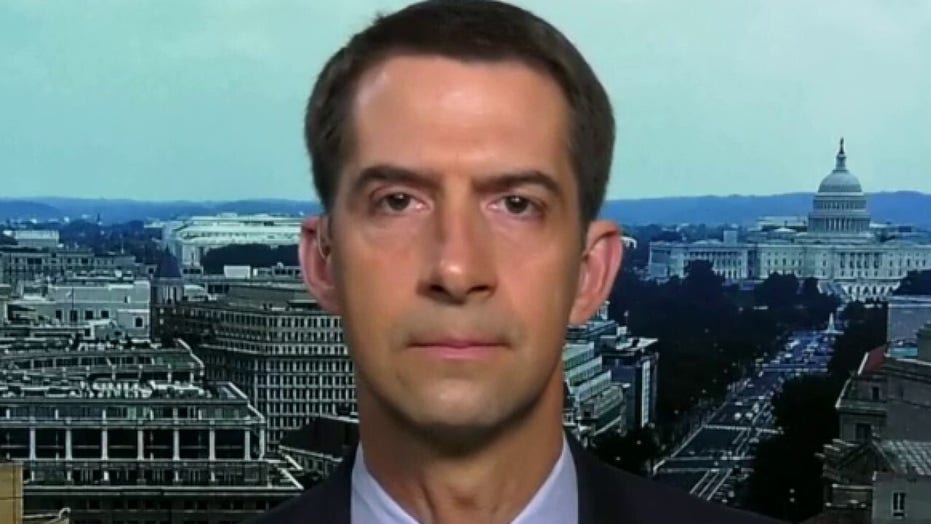 Sen. Cotton: China made conscious decision to let coronavirus spread after they knew how deadly it was

Tangipahoa Parish Sheriff Daniel Edwards filed a class-action lawsuit in the state of Louisiana Friday against the People’s Republic of China on the basis of “economic damages” caused by the novel coronavirus.

Edwards, who is the brother of Louisiana Gov. John Bel Edwards, claims in the lawsuit that the COVID-19 virus was released from a lab in Wuhan, China.

The lawsuit has also been filed against the Communist Party of China and several government agencies, including the Chinese Center for Disease Control and Prevention (CDC).

Fox News has reported that U.S. intelligence officials are increasingly confident that coronavirus likely originated in a Wuhan lab as a consequence of China's attempt to demonstrate that its efforts to identify and combat viruses are equal to or greater than the capabilities of the United States.

Secretary of State Mike Pompeo has also said that the United States has requested Chinese officials allow outside experts to review the lab in question.

WHO SAYS CORONAVIRUS ORIGINATED IN BATS, DENIES IT WAS 'MANIPULATED OR CONSTRUCTED' IN A LAB

Sources have told Fox News that there is a growing suspicion that the coronavirus was being studied in a Wuhan lab and was possibly released.

U.S. security and intelligence officials have at one point said they believe the coronavirus was not started in a lab, but came from a wet market in Wuhan, as Defense Secretary Mark Esper explained during an interview with NBC.

Edwards filed the lawsuit “on behalf of all Sheriffs in the United States of America” and claims that his sheriff’s office alone has sustained roughly $700,000 in damages along with “other damages not yet known."

Increased costs to ensure prisoners are separated, proper sanitation practices and officer overtime, combined with the decreased tax revenue, are among the damages that the Tangipahoa Parish Sheriff's Office has encountered.

The lawsuit points to a Chinese CDC lab “located in Wuhan City… approximately 2.6 miles from the seafood market” as a possible location of where the coronavirus could have been developed due to inadequate sanitary practices at the lab.

The class action further cites a study completed by a researcher at this lab “involving Rhinolophus affinis bats (the same species of bats in which a coronavirus was observed)” -- likely a reason why Edwards believes the virus did not originate in a wet market.