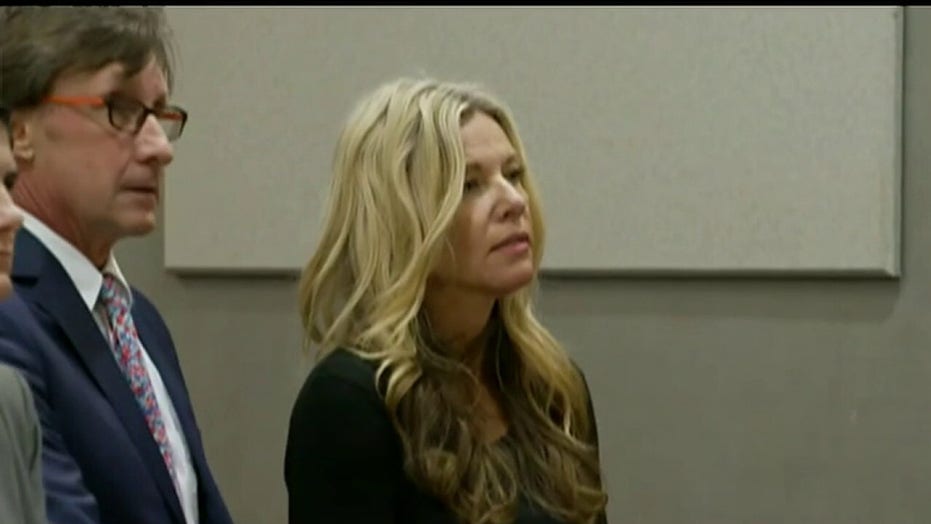 Lori Vallow, the Idaho mother who fled to Hawaii amid questions about the disappearance of her two children, was ordered held on $5 million bail; Fox Nation host and former prosecutor Nancy Grace weighs in.

As Lori Vallow, the mother of two Idaho children missing since September, remains jailed in Hawaii on a $5 million bond, newly released door camera video shows Joshua “JJ” Vallow, 7, playing outside with his neighbor months ago, just days before his disappearance.

A doorbell camera captured footage on Sept.17 showing JJ and another child playing outside at the Rock Creek Hollow subdivision in rural Rexburg, Idaho, where his mother was renting an apartment. The video, first obtained by East Idaho News, showed JJ moving outside a doorframe, which activated the Ring Door camera, before running across the yard with another child.

JJ was last seen attending Kennedy Elementary School in Rexburg on Sept. 23. Lori Vallow withdrew her son from the school the next day, claiming she would homeschool him.

Her missing daughter, 17-year-old Tylee Ryan, was last seen on surveillance video at the entrance of Yellowstone National Park, which sprawls across Wyoming, Montana and Idaho, on Sept. 8. A photo from that day, later obtained by authorities from Lori Vallow’s iCloud account, showed Vallow, her brother Alex Cox, and her underage children, Tylee and JJ, at the national park.

The two children, originally from Arizona, have been missing since September. Vallow and her new and fifth husband, Chad Daybell, were found in Hawaii in January. The couple fled Idaho in November after authorities came to perform a wellness check on JJ at their home but failed to locate him.

Three people connected with the couple have died in recent months, including Lori's former and fourth husband Charles Vallow, in July. Her brother, Alex Cox, died in December and Daybell's former wife, Tammy Daybell, died in October. Her death is under investigation. Cox shot and killed Charles Vallow in Arizona and claimed self-defense. He was never arrested. The test results on Tammy Daybell's remains and on Alex Cox have not yet been released.

Neighbors told investigators with the Rexburg Police Department that JJ had played with their son multiple times since Vallow moved into the apartment complex with her two children around Sept. 1, KSL.com reported, citing court documents. Vallow told a child, who had knocked on her townhome door later in the month looking for JJ, that her son had gone to Louisiana to spend time with his grandmother.

Investigators later determined that information was false – JJ’s grandmother was the one to report him missing on Nov. 25, prompting authorities to perform a welfare check on the 7-year-old. After failing to find JJ, police executed search warrants on three apartments in the same Idaho complex rented by Vallow, Cox and a third person, Melani Pawlowski, who is Vallow’s niece.

Back in Arizona, Pawlowski had been locked in a child custody battle with her ex-husband, Brandon Boudreaux. Boudreaux called 911 on Oct. 2 after a bullet struck his Tesla’s window outside his home in Gilbert, Ariz. He reported seeing a rifle with a silencer come out of the rear window of the same 2018 Jeep Wrangler.

"Brandon believed Melani, his wife at the time, had a million dollars of reasons to have him killed” and was “hoping to cash in on the policy to help support the cult that she is believed to be a part of," court documents stated.

"Melani's knowledge of the whereabouts of her aunt's two missing children and her unwillingness to cooperate with law enforcement is daunting and her current husband has told law enforcement that Melani says sometimes children are full of light and then just like that they go dark," the same court filing stated, according to Fox 10.

Vallow was arrested Thursday in Kauai on multiple charges, including two felony counts of desertion and nonsupport of dependent children, as well as resisting or obstructing police officers, criminal solicitation to commit a crime and contempt of court. She’s being held on a $5 million bond at Kauai Community Correctional Center. She appeared in court Friday to contest her extradition to Idaho.