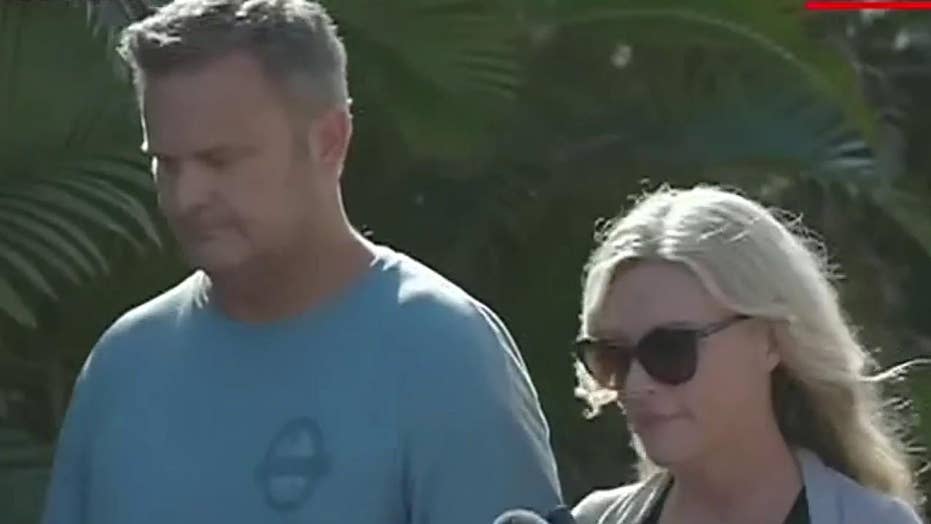 Self Storage Plus in Rexburg, Idaho, said Lori Vallow signed a $53-per-month rental agreement on Oct. 1 for a 10 by 10 unit. Her credit card was declined in January and the company notified police.

On Tuesday, Self Storage released security footage from the facility to East Idaho News, showing Vallow, and a man resembling her late brother, Alex Cox, going to the unit nine times in October and once in November. They moved items, including bikes and even gun cases, in and out of the unit, according to the news outlet.

Police executed a search warrant on the unit – as well as the townhouse where Vallow lives with her husband, Chad Daybell – in late November. The unit has been untouched since then, according to Self Storage Plus.

Investigators photographed items found inside, including bikes, a scooter, winter clothing, a photo album with pictures of JJ, who has autism, and Tylee, sports equipment, a backpack with JJ’s initials and a jersey with the name of Colby Ryan, the mother’s eldest son, 23.

A police search found a two blankets - one with images of 17-year-old Tylee Ryan, another with images of 7-year-old Joshua "JJ" Vallow -- inside a storage unit abandoned by their mother. (East Idaho News)

“Self Storage Plus hopes for the speedy and safe return of Joshua “JJ” Vallow and Tylee Ryan,” the company said in a statement. “Self Storage Plus is working with local authorities who are investigating this matter and, so as not to jeopardize their investigation, will not be providing any further information at this time.”

A police search found a two blankets - one with images of 17-year-old Tylee Ryan, another with images of 7-year-old Joshua "JJ" Vallow -- inside a storage unit abandoned by their mother. (East Idaho News)

Both children, originally from Arizona, have been missing since September. Lori Vallow and Daybell, fled Idaho in November shortly after police came to their house for a child welfare check. Daybell and Vallow were found last week in Hawaii – where Vallow was ordered to produce the children before a court in Rexburg within five days.

She failed to comply. The children are still missing. Vallow and Daybell have been named persons of interest in their disappearance, but have not been charged.

Police found a jersey with Lori Vallow's 23-year-old son's name on it inside the storage unit. (East Idaho News)

Vallow's older son, Colby Ryan, said he did not know where the children were and that his relationship with his mother began to change a year ago.

Ryan told Fox 10 Phoenix he was stunned to find out that his stepfather, Charles Vallow, had been fatally shot in Arizona in July 2019 by Cox, who claimed self-defense and was never arrested. Cox died last month and his death is under investigation.

Ryan said his mother initially told him that Charles Vallow died of a heart attack.

Family members of Lori Vallow said she has joined a cult. Daybell has written several religious-themed fiction books about prophecies and the end of the world. She married him in October 2019 — a month after her children were last seen alive and just days after Daybell’s 49-year-old wife, Tammy Daybell, died in her Idaho home.

Her death was first determined to be from natural causes. But authorities later exhumed her body for an autopsy. The results have not been released, AZ Family reported.