BOISE, Idaho – A couple at the center of a mystery over the deaths of the woman's two children were heard in a jailhouse recording speaking by telephone to each other on the day authorities found their bodies on the man's property in rural Idaho in a case that has attracted national headlines.

The recording was played during a court proceeding Tuesday that will determine whether Chad Daybell will stand trial on charges related to the hiding of the remains of 17-year-old Tylee Ryan and 7-year-old Joshua "JJ" Vallow. There was no indication that either was aware of the discovery, and nothing was said by either about what they knew about the mystery.

Daybell's wife Lori faces a hearing on the same charges next week. Both have pleaded not guilty.

The recording was among nearly 30 pieces of evidence prosecutors have submitted that will be used by a judge to decide whether there is enough evidence to proceed to trial. The hearing began Monday and it's not clear when the judge will rule. 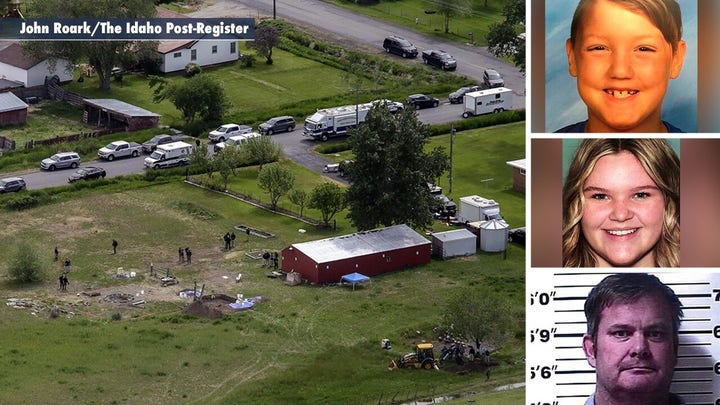 Chad Daybell and Lori Daybell face charges related to the hiding of the remains of 17-year-old Tylee Ryan and 7-year-old Joshua "JJ" Vallow, although authorities have yet to say how the two died, exactly when they died, or whether homicide charges will be filed.

"I love you so much," Chad Daybell said in the recording after telling Lori Daybell police were searching the field behind the house.

"I love you," Lori Daybell responds. "Should I try to call you later?

Chad Daybell was taken into custody later that day after searchers found one of the children's bodies, a discovery described in excruciating detail by a Rexburg police detective on Monday.

Investigators said they found the bodies by tracking the movements of Lori Vallow's brother, Alex Cox, using cellphone data. Cox died of an apparent blood clot in his lung at his Arizona home last December. Police in court documents said Cox was involved in the conspiracy to hide the children's remains, and his name has come up frequently in the hearing.

Court documents in Lori Daybell's criminal case include claims that the couple believed dark spirits, or "zombies," would possess people. A friend, Melanie Gibb, said Lori Vallow told her at different times last year that both children had become zombies and that the couple believed the only way to rid a person of a dark spirit was by killing them.

Gibb testified late Monday and early Tuesday, much of her testimony revolving around a phone conversation Gibb recorded after she became suspicious and confronted the couple about the missing children and accused them of multiple lies.

"I know your salvation is in trouble for what you've done," Gibb told them.

Lori Daybell told Gibb she couldn't reveal the children's location for Gibb's own protection because other relatives were trying to get the children. Lori Daybell also questioned Gibb's religious faith and expressed concern Gibb was recording the conversation for police. 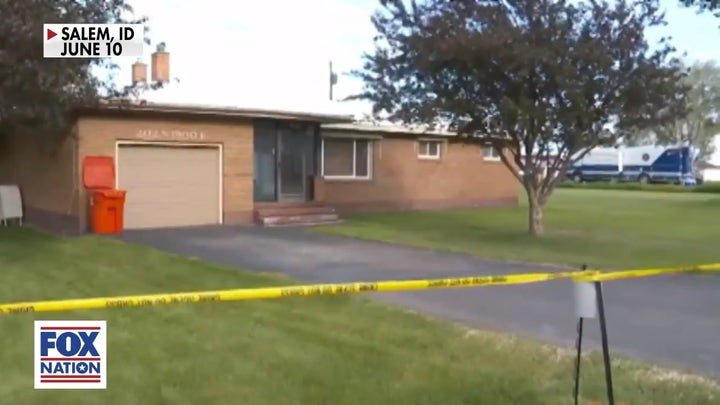 Gibb acknowledged to Chad Daybell's defense attorney, John Prior, that she initially lied to police about having Joshua "JJ" Vallow with her. Gibb said she was persuaded to lie by Lori Daybell. Gibb said she became concerned that she could be blamed for the children's disappearance, leading her to call Chad and Lori Daybell and record the conversation, which she shared with police and that was also played in court.

Gibb also described how the three of them and others involved in the case become acquainted through a doomsday belief system that led them to "preparedness" meetings affiliated with The Church of Jesus Christ of Latter-day Saints.

The strange case began last summer after Cox fatally shot Lori Daybell's estranged husband, Charles Vallow, in suburban Phoenix in what he asserted was self-defense. Vallow had been seeking a divorce, saying Lori believed she had become a god-like figure who was responsible for ushering in the biblical end times.

A short time later, she and the kids moved to Idaho, where Chad Daybell lived. He ran a small publishing company and had written many fiction books about apocalyptic scenarios loosely based on the theology of The Church of Jesus Christ of Latter-day Saints. Friends said he claimed to be able to receive visions from "beyond the veil."

At the time, Chad Daybell was married to Tammy Daybell. She died in October of what her obituary said were natural causes. Authorities grew suspicious when he married Lori Vallow just two weeks later. Police had Tammy's body exhumed last December in Utah for further investigation; the results of that autopsy have not been released.

Police began searching for Tylee and JJ in November after relatives raised concerns, and they soon discovered that both children were last seen in September. Police say the Daybells lied to investigators about the children's whereabouts before quietly leaving Idaho. They were found in Hawaii months later.