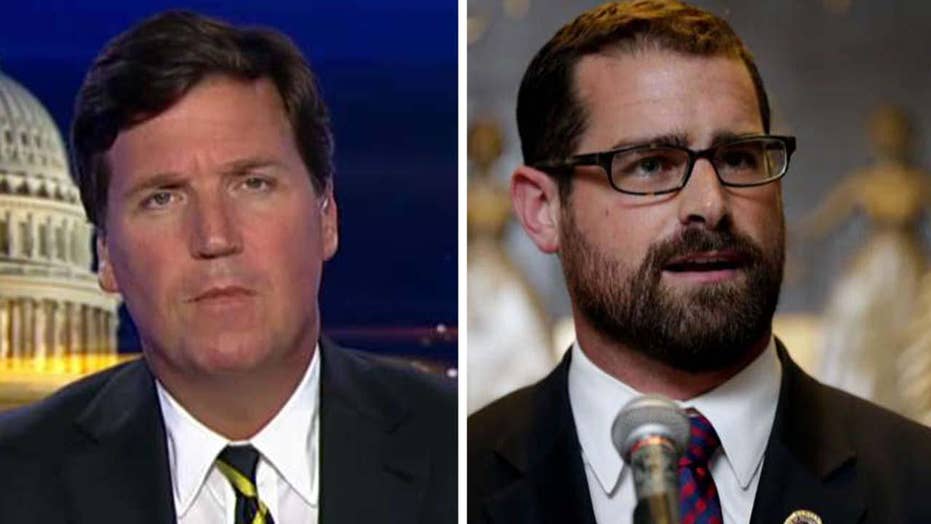 Tucker: Who is Brian Sims?

A closer look at the Democratic Party all-star.

The violence that many people mourn in the womb seems to have permeated the abortion debate, as one dehumanizing act leads to another. Just this week, posters announcing my campus speaking tour were lit on fire at Western Washington University, with no regard to the devastation that could have occurred if the flames were not put out.

Meanwhile, a Pennsylvania state legislator, Rep. Brian Sims, who achieved notoriety harassing an elderly woman, filmed himself hassling Students for Life student volunteers praying in front of an abortion facility, before he tried to dox the teenagers, threatening to make their names public to those who do not value pre-born life and who might be willing to harass those who do.

It’s not breaking news that America has a “polarization” problem. Much of the animosity lives in the large-scale political arena. Democrats vs. Republicans, liberals vs. conservatives. But one particular issue draws out intense emotions like nothing else can: abortion.

Just recently, while I was speaking at Boston College, a student argued in favor of medical care for dying infant illegally brought over our border, but not for one born during an abortion, as though where some is born determines human worth.

But at least that was a conversation. Increasingly, radical behavior is justified when facing someone expressing another point of view as people convinced themselves it’s acceptable to approach others with violence. With over 1,200 student groups on campuses nationwide, Students for Life groups are frequently the victims of pro-choice harassment, vandalism and even attack. Recently, Students for Life of America released an interactive map detailing the more than 100 incidents and counting involving hostility towards pro-life students.

There seems to be little rhyme, reason, or pattern to where viewpoint-based violence is occurring. Pro-life displays have been vandalized at private Christian colleges and large public ones nationwide, three pro-life people (including a 15-year-old, a man peacefully witnessing, and an elderly woman) have been physically assaulted in three different cities recently, and pro-choice protestors follow me wherever I go to speak, brandishing coat hangers and throwing my stuff in creeks. At Kent State University earlier this month, the pro-life student group underwent an absolute maelstrom of social media hatred, with one commenter spitting, “Alright so how about you go get raped and fall pregnant.” Which was jarring for Klara McKee, one of the pro-life group’s officers and employee of Students for Life, who herself became pregnant from being raped at 13 years old.

And it doesn’t help that a lot of pro-choice vandals and bullies lately have been aided and abetted by college officials. Educational institutions should be the safest places for the exchange of ideas – but instead student leaders report that people with positions of authority use it to discriminate against their own students based on their stance on abortion.

The student body president at the University of Northern Colorado used his platform to “warn” the entire student body that pro-lifers would be doing outreach on campus, effectively polluting what could’ve been great dialogues. Yale wants to punish pro-life law students. A Christian university in Minnesota banned a Black pro-life speaker from coming to campus. A Catholic school official came out and said that cross imagery “creates harm,” referring to Students for Life’s pro-life display memorializing those who are aborted every single day. A Democrat party leader used her university position to put pro-life students through extraordinary measures to do a campus event, “warning” the student body prior. At the University of California-Berkeley, a display was thrown in a river, while flags were destroyed at the University of Michigan and a display was torn down at the University of Connecticut.  And that’s just to name a few.

To say that pro-life activists are being “disenfranchised” may have been applicable in recent years, but now, it feels like an understatement. Students being ghosted by Campus Activities trying to get approval for flyering used to be a big story. That progressed in recent years to physical destruction of property, like tearing down signs or upending display banners. Today students and speakers physical persons seem to be in increasing danger.

Because of all we’ve witnessed, Students for Life was front and center when President Trump signed his executive order last month, calling for real protections of student free speech. It’s a start.

Crazy, fringe characters occupy every side of every issue, so it’s always a good idea to be careful when engaging in educational activism. But as violence becomes increasingly commonplace, pro-lifers must be vigilant and cautious when engaging in public policy, peacefully witnessing outside of abortion facilities, or doing outreach on school campuses.

Especially as the nation moves into another election cycle, in which the issue of abortion will be front and center in the debate, respect and common decency toward each other, born and pre-born, should be the prerequisite for conversation. But I’m concerned about a coarsening of our culture in light of current events.