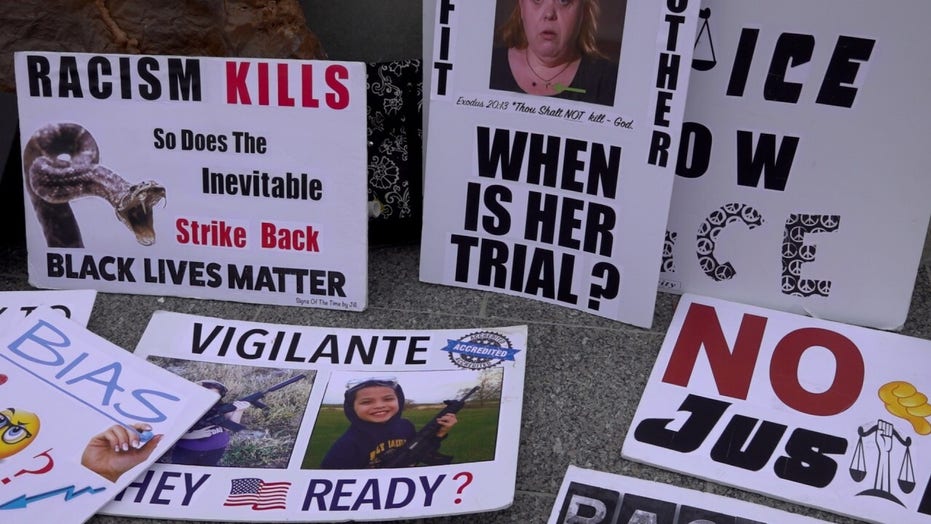 KENOSHA, Wis. – A small group of demonstrators gathered outside the Kenosha County Courthouse during closing arguments on Monday to demand Kyle Rittenhouse be found guilty of homicide.

"I'm here to support the calls for Kyle to go to prison for a very long time," one demonstrator told Fox News.

Another Kenosha resident said: "I'm here to stand up for what's right … he should do time for what he did." 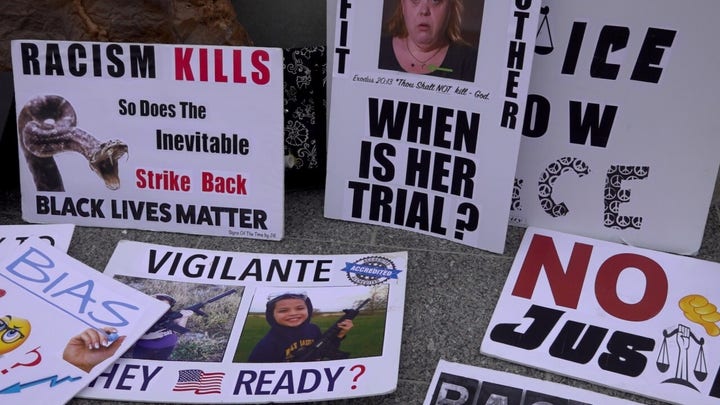 Some demonstrators didn't feel the trial was fair.

"This is going totally wrong. It's a s--- show, and the whole nation, media, is calling it a s--- show, it's racist, it's biased," one demonstrator told Fox News. "There should be a mistrial."

WHAT WILL KENOSHA LOOK LIKE IF RITTENHOUSE IS ACQUITTED?

"I mean, the very fact that this judge can continue to be on this case is an injustice," a Madison, Wisconsin, woman told Fox News.

"I just feel like we need to show them that we're not playing and we're here and we are listening," another woman told Fox News.

If found guilty and convicted of first-degree intentional homicide, Rittenhouse will face a mandatory life sentence. After listening to several hours of closing arguments Monday, the jury is set to begin deliberations 9:00 a.m. Tuesday.