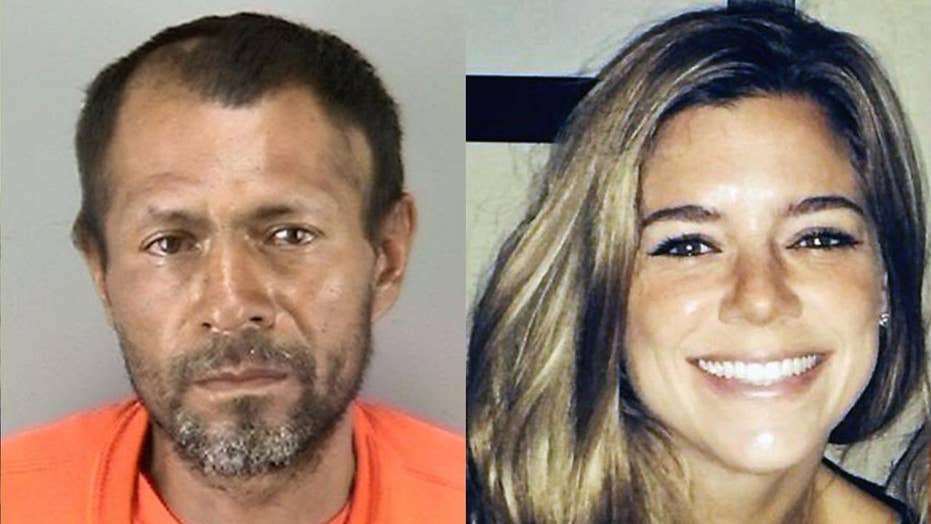 A U.S. Appeals Court says the parents of Kate Steinle, who died in 2015 after an undocumented man shot her as she walked with her father on a San Francisco pier, cannot sue the city whose sanctuary policies were widely blamed for the tragedy.

Steinle’s killer, Jose Inez Garcia-Zarate, was released by the San Francisco sheriff, Ross Mirkarimi, after a drug case against him was dropped. The sheriff’s office, which had ended contact between jail employees and immigration officials, ignored a request by federal authorities to hold Garcia-Zarate until they could assume custody and did not inform them that he was being released.

Three months later, Garcia-Zarate, who had been deported to his native Mexico five times, killed Steinle.

The three-judge panel of the 9th U.S. Circuit Court of Appeals unanimously decided to uphold a district court’s 2017 dismissal of Steinle’s parents’ wrongful death lawsuit against San Francisco. The lawsuit maintained that the city’s so-called sanctuary policy and the sheriff bore responsibility for their daughter’s death because it had enabled Garcia-Zarate to roam the streets.

In the 9th Circuit Court decision, Judge Mark Bennett, who was nominated by President Trump, said that while the facts of the case are “undeniably tragic,” the sheriff was well within his authority when he issued a memo that limited his department’s cooperation with immigration officials.

“The tragic and unnecessary death of Steinle may well underscore the policy argument against Sheriff Mirkarimi’s decision to bar his employees from providing the release date of a many times convicted felon to ICE,” Bennett said. “But that policy argument can be acted upon only by California’s state and municipal political branches of government, or perhaps by Congress.”

The shooting turned into a major campaign issue in multiple national and local races across the country. Trump repeatedly referred to the shooting during his 2016 campaign to bolster his argument for tougher immigration policies and his opposition to so-called sanctuary cities that limit cooperation with immigration officials.

Matthew O’Brien, director of research for the Federation for American Immigration Reform, told Fox News that the decision marked “yet another example of judicial activism by the Ninth Circuit Court of Appeals.”

“San Francisco’s prohibition on the sharing of information with U.S. Immigration and Customs Enforcement was a deliberate and intentional violation of federal law,” O’Brien said. “Overall, the handling of the Steinle matter, by both the courts of the State of California and the federal courts within California, sends a clear message that the Golden State is more interested in sheltering criminal illegal aliens from ICE than it is in protecting the life and safety of U.S. citizens.”

A San Francisco jury in 2017 acquitted Garcia-Zarate of murder, but convicted him of illegal gun possession. Garcia-Zarate said a gun he found on the pier accidentally fired when he picked it up. The gun belonged to a federal Bureau of Land Management ranger and was stolen from his parked car a week earlier.

The bullet ricocheted on the pier's concrete walkway before it struck Steinle, killing her. Zarate has admitted to shooting Steinle, but says it was an accident. However, the prosecution painted a very different picture, telling jurors that Zarate deliberately shot the gun towards Steinle while "playing his own secret version of Russian roulette."

Garcia-Zarate is also facing federal gun charges to which he has pleaded not guilty.

The gun used in the fatal shooting belonged to a U.S. Bureau of Land Management ranger who reported it stolen from his car parked in San Francisco. Steinle’s parents also named the federal government as a defendant in their lawsuit because the ranger had allegedly left the gun in plain view in an unlocked car on a downtown street. That part of the lawsuit is moving forward.