An Illinois woman was arrested after she held 33 Guatemalan immigrants, including children, in her basement, forcing them to work and threatening them with deportation, federal authorities said.

Concepcion Malinek faces forced labor charges following a Tuesday morning raid at her Cicero home, where they discovered 19 adults and 14 children, all believed to be from Guatemala, in the basement, a 12-page complaint filed in the Northern District of Illinois stated.

Federal authorities began investigating Malinek in March after a person who worked with one of the victims contacted the FBI about potential human trafficking occurring at the residence.

Malinek helped the immigrants travel to the U.S. in 2018 and 2019, but then accused them of owing her thousands of dollars once they were on American soil, the complaint stated. To pay her back, Malinek allegedly forced them to work in a factory in Romeoville and took them to and from their workplace in a white passenger van. 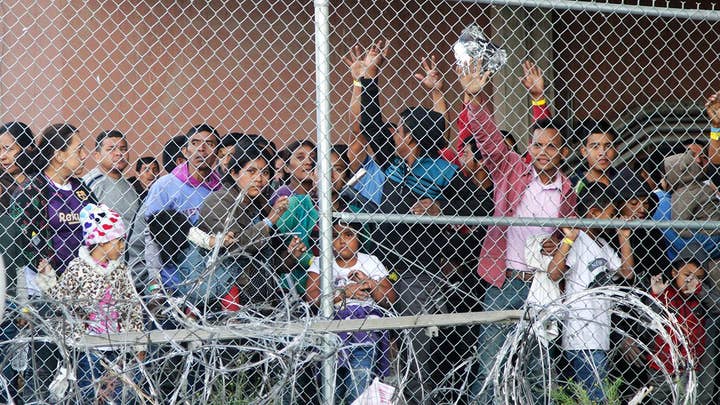 The 49-year-old kept track of the Guatemalans’ debts in a ledger, which appeared to contain signatures and “contract-type language regarding the debts owed to Malinek,” authorities said. One of the “contracts” stated the victim was “free to leave or stay” after the debt was settled.

The immigrants received a minuscule amount of the money they earned, according to the complaint, because the majority of it went to Malinek to pay the debt they owed, authorities said.

One of the victims told authorities Malinek claimed he owed her $18,000 for letting him use her name and home address on his immigration paperwork. He said Malinek allowed his 15-year-old daughter to live on the first floor of the house, but left him and other people in the basement. He would only be able to see his daughter “for limited periods of time” and had to ask for permission to leave the basement, according to the complaint.

Another victim, who allegedly agreed to pay Malinek about $37,000 to get him and his family into the U.S., said he lived in the basement with his wife, 12-year-old son and 10-year-old daughter.

Malinek allegedly kept her captives quiet about the scheme by threatening deportation and dared them to call immigration officials.

“They already know you are here, so go ahead and call them,” she told them, according to the complaint.

She allegedly told one person, “immigration knows how many people live in this house, you guys are poor and I have all the money.”

Malinek is expected to appear in court on Thursday.