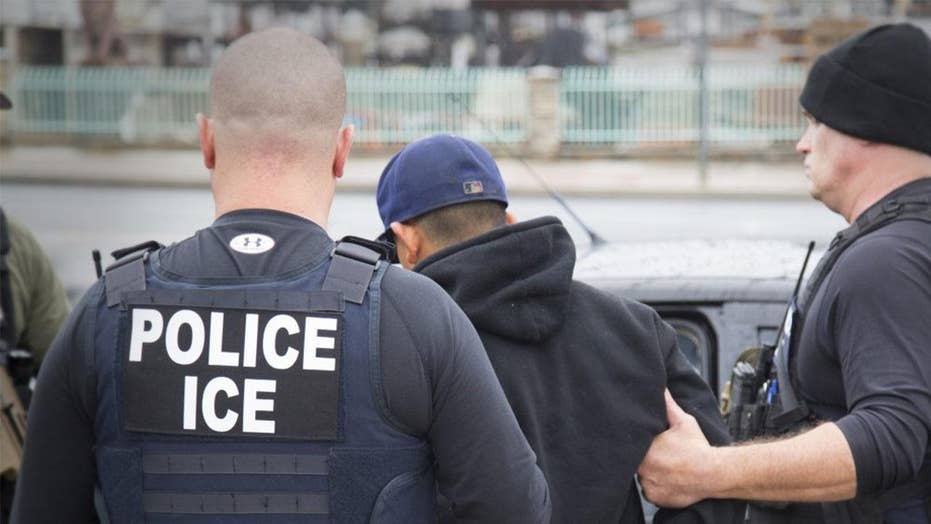 Authorities in North Carolina would have to hold defendants in jail if requested by Immigration and Customs Enforcement officials under a bill that cleared its first hurdle on Wednesday.

"These sanctuary sheriffs are putting politics ahead of public safety," said Rep. Destin Hall, a chief sponsor of the bill, said during a committee meeting.

Hall's bill would require sheriffs in all counties to fulfill ICE detainer requests, which can be used to hold criminal suspects up to 48 hours. Those holdings currently aren't mandatory.

"No matter what these sheriffs do, ICE has a job to do," Hall said Wednesday. "When sheriffs don't cooperate with them, they still have that duty to enforce federal immigration law, and they're going to do that. Except, instead of doing it in the jail  -- a controlled environment that's much more safe -- they're going to do it out in the community."

House Bill 370 would require sheriffs in North Carolina to fulfill ICE detainer requests, which can be used to hold criminal suspects up to 48 hours. These holdings currently aren't mandatory. (AP Photo)

Sheriffs elected last year in urban areas in and around Raleigh, Asheville and Durham have announced they won't honor these requests.

In response to those actions, ICE stepped up immigration raids in the state because of the decreased cooperation, with the regional director calling the heightened presence the "new normal," WRAL reported.

Immigration advocates and some state Democrats have come out opposing the measure, with one lawmaker called it a "gross overreach" by the government to take power away from locally-elected sheriffs, The Winston-Salem Journal reported.

Sheriffs warn ICE could be forced to release over 8K criminals

“Who are we to tell our elected law-enforcement officers how they should behave,” Rep. Wesley Harris said during the hearing.

Those opposed to the measure are already urging Democratic Gov. Roy Cooper to veto any final bill that comes to him.

A spokesperson for the governor told the Journal that Cooper has "serious concerns" about taking away local authority from sheriffs.

“The governor will review any legislation that comes to his desk before making a decision,” Cooper spokesman Jamal Little told the newspaper.