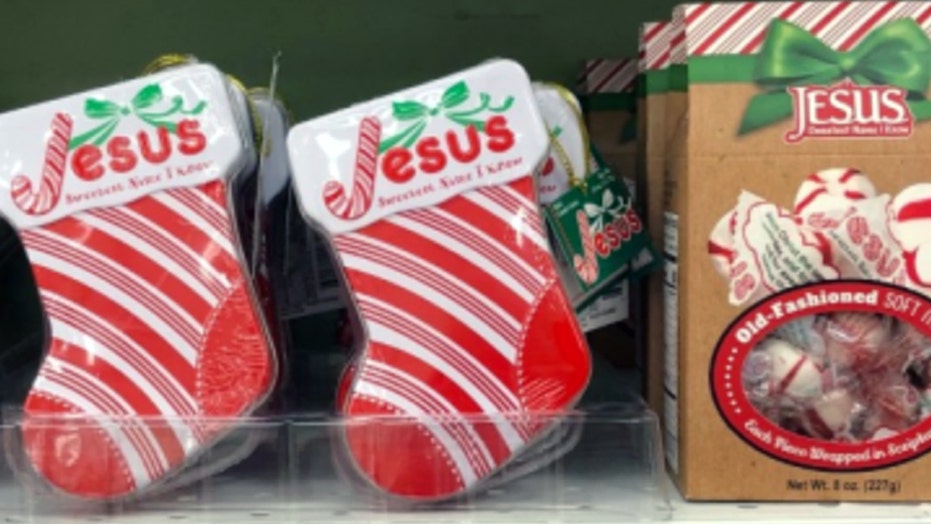 Selling Jesus-themed candies on an Air Force base is just one example of religious freedom in the U.S. being "under constant attack," according to a watchdog group.

Military Religious Freedom Foundation (MRFF) founder and president Mikey Weinstein is furiously calling out the Peterson Air Force Base in Colorado Springs, Colo., for offering such products at its shop.

“Peterson Air Force Base, located deep in the intolerant, fundamentalist Christian enclave of Colorado Springs, Colorado, has consistently been one of the most horrendous military installation abusers of the Constitutional mandate to NOT establish Christianity (or any other faith or even ’non-faith') as the de facto armed forces State Religion,“ Weinstein told Crooks and Liars.

“MRFF has fought many battles throughout our long years of civil rights activism at PAFB against this wretched, fundamentalist Christian, religious extremist bigotry and prejudice," he added.

“This is just the latest publicity stunt by a bunch of activists. A real constitutional expert – or any first-year law student – knows that selling candy canes at Christmas is perfectly legal," Berry, a Marine Corps combat veteran who served in Afghanistan, said.

"Of course, the MRFF has its own version of the Constitution," he added. "Sadly, the MRFF has duped its so-called 'thousands' of alleged clients into believing its dubious legal fairy tales."

MRFF received the tip about the "Jesus candy" via email.