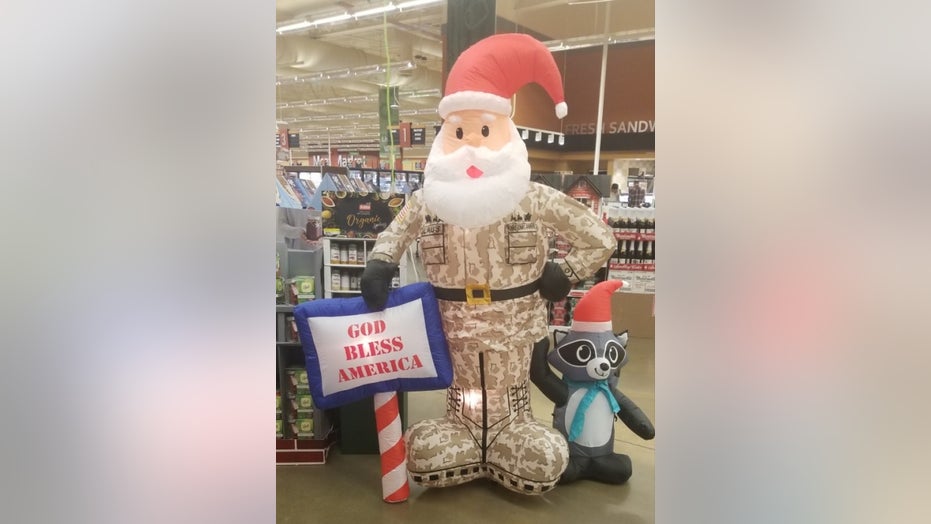 Volunteers deck the halls for a deserving veteran

Workers from Florida Power and Light volunteer their time to bring Christmas to Chris Scott and his family.

A blow-up Santa Claus on an Army base is deflating holiday cheer for promoting Christianity, an activist group complains.

"I can't make this sh-t up," Weinstein told Crooks and Liars this week, pointing out the Santa is wearing a military uniform that says "Christmas Force," is next to a sign that says "God bless America," and one thing he says you can't see in the photo.

"Almost all the complainants—like the lead one that came to us on this— have been through mandatory situations where they've been forced to engage in blessing for Jesus Christ," he added. "It’s always one faith, always it's Christianity."

“It appears Mikey Weinstein thinks an inflatable Santa Clause is an actual military officer who speaks for the government," Berry said. "Even if that were true, service members are permitted to say ‘God Bless America,’ just as the Commander-in-Chief does on a routine basis.”

MRFF claims an Army officer, who served in Afghanistan, sent them an email complaining about the display.

“This image of Santa in a military uniform with the words ‘God Bless America’ imply that the military is a Christian religious organization, which is false and degrading to all soldiers,” the officer wrote. “Although I was raised a Christian, was baptized, and underwent confirmation at a Methodist church, I was disgusted to see this nonsecular image at the commissary.”