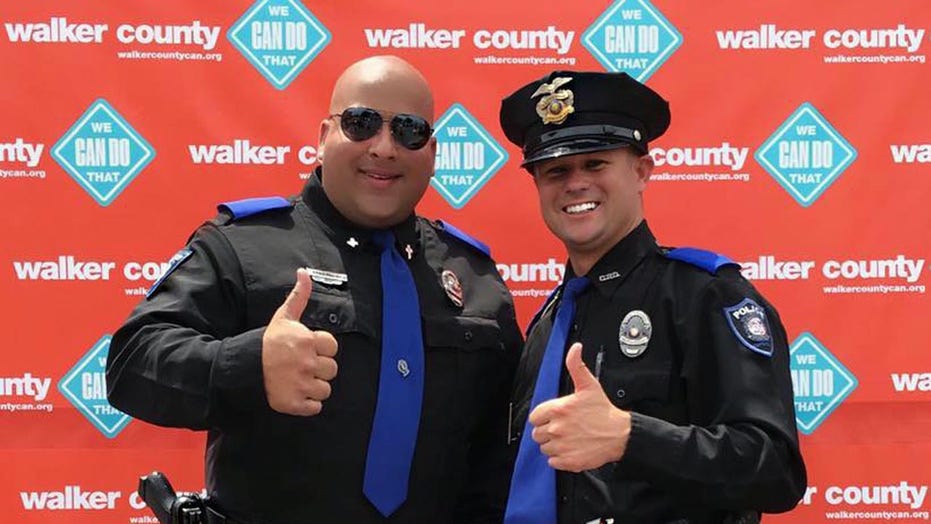 There's a new sheriff in town, and he isn't backing down.

The Freedom From Religion Foundation (FFRF) is targeting an Alabama sheriff's office for calling on "citizens to pray during times of tragedy," but they're not in the least bit worried.

The Wisconsin-based group -- a self-described "nonprophet nonprofit" watchdog for "atheism, agnosticism [and] skepticism" -- went after Walker County Sheriff Nick Smith for pleas to pray in the wake of two recent tragedies: the shooting death of Lowndes County Sheriff John Williams, and another referencing a tragedy involving a young boy and a sheriff's deputy, according to WBRC.

After getting a complaint letter from the Freedom From Religion Foundation asking the Walker County Sheriff's Office to stop making religious references, the sheriffs are pushing back, saying, "No." (Courtesy of T.J. Armstrong)

“The issue here is that the sheriff’s office has a pattern of using tragedy to promote the idea of prayer and our letter reminds the sheriff, not everyone in Walker County prayers or believes in the same religion,” FFRF associate counsel Sam Grover wrote in a letter accusing the sheriff of disregarding the Constitution.

But T.J. Armstrong, a public information officer with the Walker County Sheriff’s Office, told Fox News that they were "shocked" to receive the complaint because they haven't violated any Constitutional laws, state or local.

"Our response is going to be to continue to do the best we can," Armstrong said. "We have never once received a single complaint."

When asked if they would change anything because of the FFRF letter, he responded: "It's a very implicit, no."

Walker County Sheriffs T.J. Armstrong and Nick Smith. Armstrong is the public information officer and Smith is the officer who received a complaint from the Freedom From Religion Foundation about asking the community to pray in the wake of tragedies. (Courtesy of T.J. Armstrong)

"We're not looking for a fight," Armstrong added. "However, we will not cower down, especially when it comes to our individual faith."

Since the complaint, the sheriff's office has received messages of support from the county and across the country.

"We stand behind [Sheriff Smith]," the sheriff said. "We have far bigger things to do... So we're going to pray for them and continue to serve and protect the people of Walker County, Alabama, and that's what Sheriff Smith was elected to do."