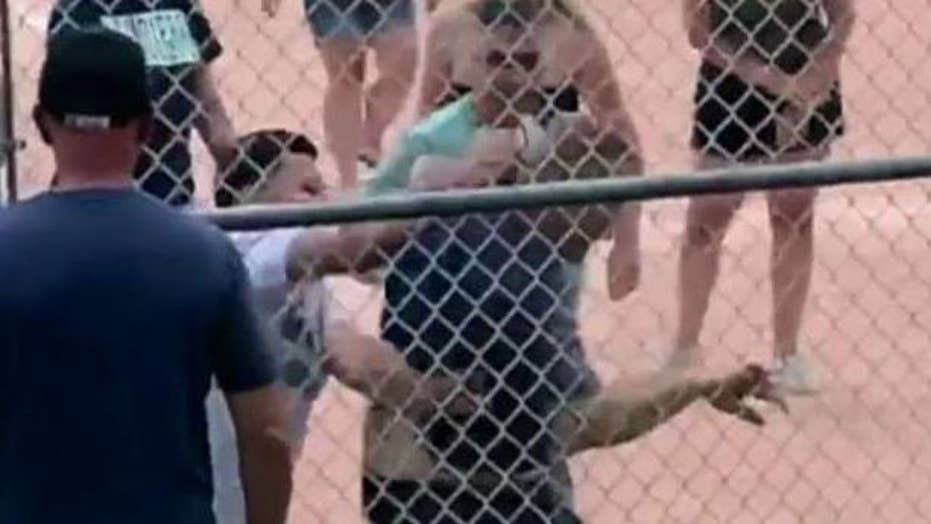 Call by 13-year-old umpire sparks fight among parents; reaction and analysis on 'The Five.'

Fox News' Jesse Watters had harsh words for the adults involved in a recent brawl during a youth baseball game in Lakewood, Colo.

"These parents are trash! I pray for these children to have to live with these people," Watters said Wednesday on "The Five."

Authorities say coaches and parents who were "unhappy with a baseball game" -- played by the 7-year-olds and officiated by a 13-year-old umpire -- "took over the field" and began assaulting each other.

The incident took place Saturday at the Denver-area Westgate Elementary School and was captured on video, the Lakewood Police Department said on Facebook Tuesday. 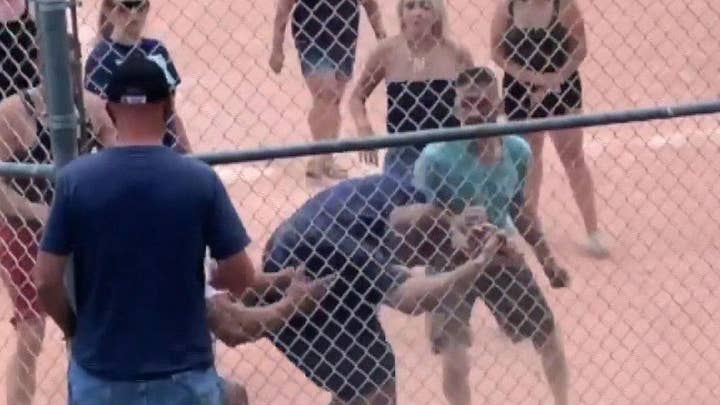 The "Watters' World" host believes the brawl was rooted in something other than the game.

"I guarantee you there was bad blood between some of the fathers before this," Watters said. "There might have been drinking ... I guarantee you some of these dads had their playing careers cut short and are living vicariously through their children and need to get a life."

"I thought it was disgraceful in part because of the young people, the 7-year-olds could see their parents doing this," Williams said.  "To me, imagining myself as a 7-year-old, this would be scary."

Four people involved have been cited for disorderly conduct. Several adults were injured but none required treatment at a hospital.

Lakewood police spokesman John Romero said police are looking for help identifying a man shown punching the side of another man's head, knocking him to the ground.