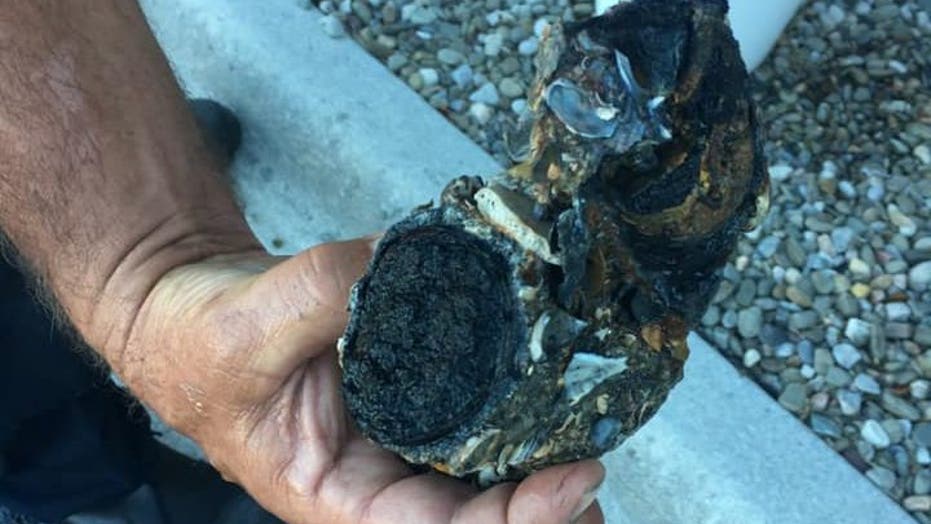 Police in North Carolina are asking beachgoers to think twice before bringing things home from the sandy shore.

A resident of Pine Knoll Shores, a beach town in Carteret County, recently found a "strange object" which turned out to be military ordnance, according to the local police department.

Authorities said a North Carolina beach-goer found this military ordnance at the beach and brought it home to put in their garden. (Pine Knoll Shores Police Department)

The resident reportedly "took it home and put it in their flower garden." But before long, the object "started smoking and caused the resident considerable concern."

Firefighters later determined the item discovered on the beach was "some type of white phosphorous military ordnance," police said. A U.S. Marine Corps explosive ordnance disposal unit picked up the item and safely disposed of it.

The department said no one was injured from the device, but warned to "be careful what you pick up and take home from the beach."