The estranged husband of missing Connecticut mother of five Jennifer Dulos broke his silence with a message for his children on Wednesday following a divorce hearing.

Fotis Dulos told reporters outside the Stamford Superior Court that his children are “constantly on his mind” and that he hopes to relay the message that “I love them and miss them very much."

His appearance in family court was related to the years-long bitter custody battle over the couple’s five children, which has taken a sinister turn after Jennifer Dulos was reported missing on May 24.

Jennifer Dulos, 50, vanished after dropping the children off at school in New Canaan. The children, who range in age from 8 to 13 and include two sets of twins, have been staying with Jennifer Dulos' mother, Gloria Farber, in New York City. Both Farber and Fotis Dulos are seeking custody of the children.

Lawyers for both parties and a third attorney representing the children were in court for a hearing over the release of a sealed psychological evaluation conducted by the Dulos family. 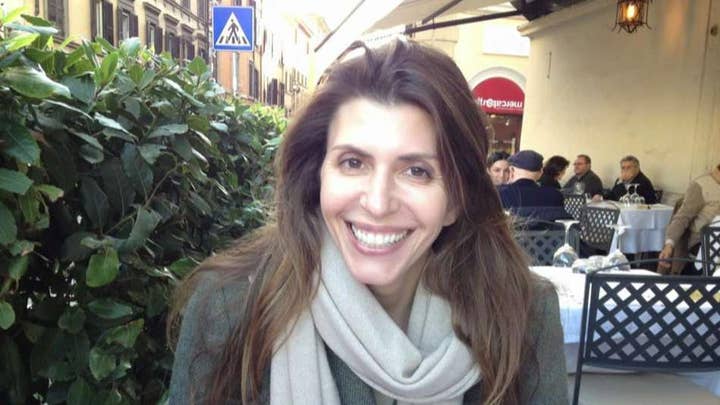 An attorney representing Jennifer Dulos in the divorce, Reuben Midler, argued the report was not handled with the confidentiality that it should have had and that the defense team for Fotis Dulos, who has since been charged in his wife’s disappearance, is using the report to build their criminal case.

“That report is now...which has no value...is now being used as the hallmark for a criminal defense,” Midler said. “This court should not be part of a manufactured defense.”

Norman Pattis, the attorney representing Fotis Dulos in both the divorce and criminal case, argued they were unaware of any court order about keeping the report sealed.

He continued that even despite this, he stands by remarks made about Jennifer Dulos’ state of mind prior to her vanishing by repeating a suggestion that she may not have been a victim of foul play and that he is "contemplating a revenge/suicide hypothesis as an explanation for her disappearance."

Midler reportedly fired back with “you can’t just say ‘I didn’t know.’”

Dulos’ family wanted to hold Pattis in contempt after he told reporters after an arraignment hearing in the criminal case: “You want to keep an eye on that courthouse, in that courtroom, about the psych report that was just done!” The New York Post reported.

Pattis drew criticism last weekend when he suggested Jennifer Dulos may have staged her own disappearance in a plot similar to Gillian Flynn's 2012 novel "Gone Girl," in which a wife pretends to vanish to frame her husband for murder.

A spokeswoman for Jennifer Dulos' family called the suggestion "false and irresponsible."

The judge ruled on Wednesday that the report remains under seal but scheduled an additional hearing for sometime in July, although no further specifics were given.