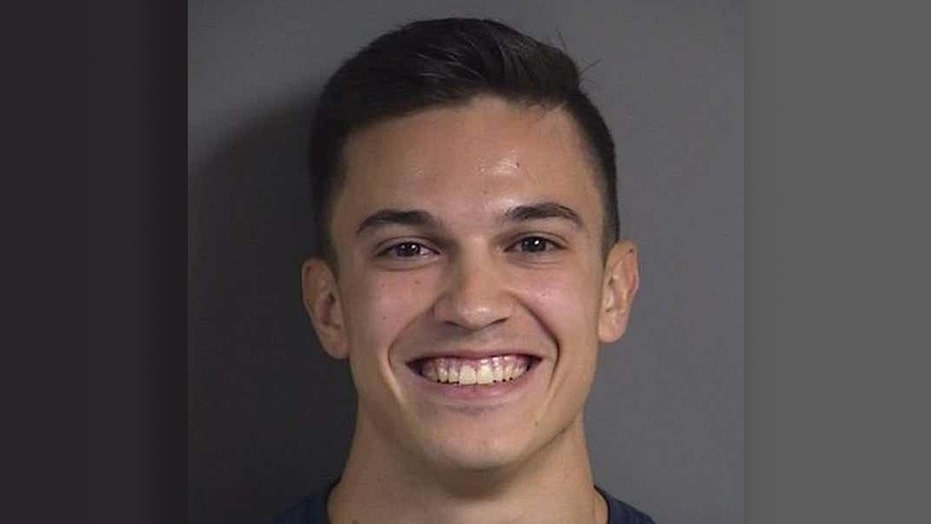 It was a Superbad plan.

An Iowa man was arrested after he allegedly tried to use a fake ID card identifying him as "McLovin" — a plot he apparently copied from a famed teen comedy.

Daniel Burleson, 20, was at the Airliner Bar in Iowa City on Friday around 12:30 a.m. when a police officer approached him, asking to see his ID.

Burleson allegedly told the officer he was drinking vodka, but refused to hand over any ID, the Iowa City Press-Citizen reported. He was removed from the bar but eventually showed police his real ID, which indicated he was under the legal drinking age.

Daniel Burleson, 20, reportedly had a "McLovin" ID card with him at a bar in Iowa City, Iowa, on Friday. (Johnson County Sheriff's Office)

Investigators reportedly asked Burleson for the fake ID he used to get into the bar — but he said he didn't have one. That's when the man allegedly "pulled out his wallet and began shuffling through the wallet and police could see [his] fake Hawaii ID with the name 'McLovin DOB 06/03/1981."

The "McLovin" ID was featured in the 2007 movie "Superbad." One character, a high school student named "Fogell" who was portrayed by Christopher Mintz-Plasse, used an ID with the same information Burleson's reportedly had in his own ill-fated bid to buy alcohol at a convenience store.

Burleson reportedly told authorities he bought the fake ID on Amazon. A search of the website found the ID listed for sale as an "Amazon's Choice" product for $6.97.

The 20-year-old man faces several charges including public intoxication, being under the legal age in a bar, possession of a fictitious license and possession of alcohol while underage.