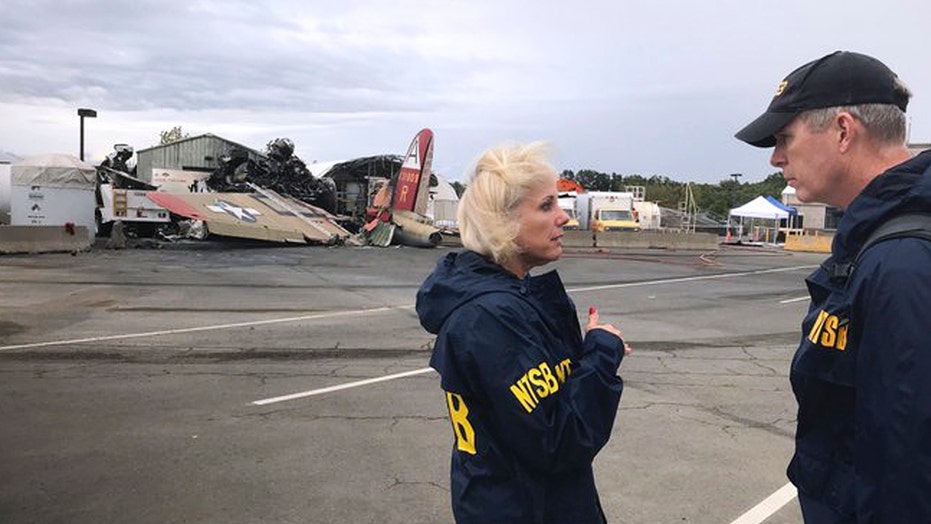 National Transportation Safety Board member Jennifer Homendy told reporters that McCauley had flown with the Collings Foundation, which owned the plane, for over 20 years and had acquired 7,300 hours in the B-17.

The Boeing B-17 G plane built in 1944 last underwent a major inspection in January 2019, according to Homendy. It should have undergone subsequent airworthiness inspections at 25, 50 and 75 hours but the NTSB has not yet determined the quality of those.

The plane was purchased by the Collings Foundation, a nonprofit education foundation, in 1986. It was involved in one accident in 1987 when it overran a runway, which resulted in an injury, as well as an incident when the landing gear failed to deploy.

WWII-era bombers have been involved in 21 accidents since 1982, resulting in 23 fatalities. Three of the accidents were on B-17 G planes.

The plane took off from Bradley International Airport in Windsor Locks at around 9:45 a.m. and reported engine issues to air traffic control five minutes later. At 9:53 a.m., the plane attempted to land but missed the runway, collided with a de-icing facility.

Homendy said investigators will also look into witness reports that work was being done on one or two of the engines prior to takeoff. The plane was run by four piston engines.

One of the victims, Gary Mazzone, was a retired police captain in Vernon, Conn. The 60-year-old had worked as a police officer for 22 years, part of a 42-year law enforcement career, and was a member of the Special Olympics Connecticut Hall of Fame, according to WVIT-TV. He had three children and two step-children and had retired in January as a prosecutor’s office inspector.

Mazzone's son Daniel told the Associated Press his father was a history and military buff.

“I think he just wanted to see what it was like to be in the back of a B-17,” Daniel Mazzone said. “He loved World War II. He loved people who served this country in any capacity.”

Debra Riddell posted a letter to Facebook mourning the death of her husband Robert: "He was my soul mate, I will miss him beyond [what] words can ever express."

Debra told the AP she was at the airport Wednesday to video her husband on his “bucket list” trip aboard the bomber. She said Thursday her husband texted her shortly into the trip saying they were coming back due to “turbulence.” She then recalled hearing a “really, really loud sound” followed by a huge fireball and billowing black smoke.