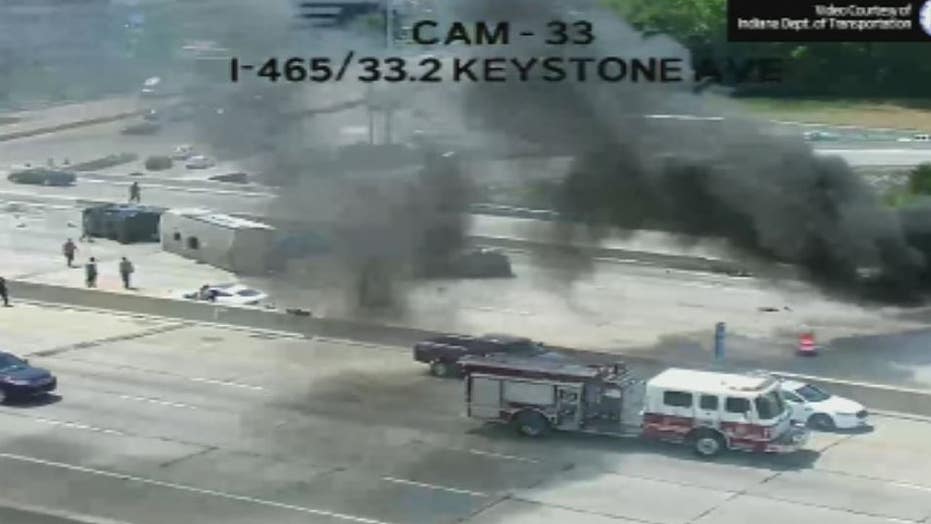 A truck driver accused of killing an Indianapolis mother and her 18-month-old twins in a highway crash last month has been deemed an “imminent hazard to public safety” by transportation officials.

Bruce Pollard, 57, of Sturgeon, Missouri, was arrested after the July 14 crash on I-465 that killed Alanna Norman Koons, 29, and her daughters, June and Ruby Koons.

Initial reports said Pollard was speeding down the highway in a semi-truck when he plowed into traffic that had stopped ahead of him. The mother and her daughters were reportedly in the first vehicle hit by the truck, which burst into flames.

Seven others were injured in the crash.

Pollard, who was charged with three counts of reckless homicide and one count of reckless operation of a vehicle in a work zone, has remained in Marion County Jail since his arrest.

Bruce Pollard, 57, is accused of killing an Indianapolis mother and her infant twin daughters in a fiery crash in July 2019. (Indiana State Police)

On Thursday, the U.S. Department of Transportation’s Federal Motor Carrier Safety Administration (FMCSA) declared the Pollard was an “imminent hazard to public safety” and prohibited him from driving any commercial motor vehicle in interstate commerce.

FMCSA said an investigation into Pollard’s driving past that he had a history of careless driving. So much so that a previous employer fired him in April 2019 for repeated instances of unsafe driving.

Pollard did not tell his most recent employer that he had been fired for unsafe driving, and also falsely stated in his application that he had not been involved in a previous crash, FMCSA officials said.