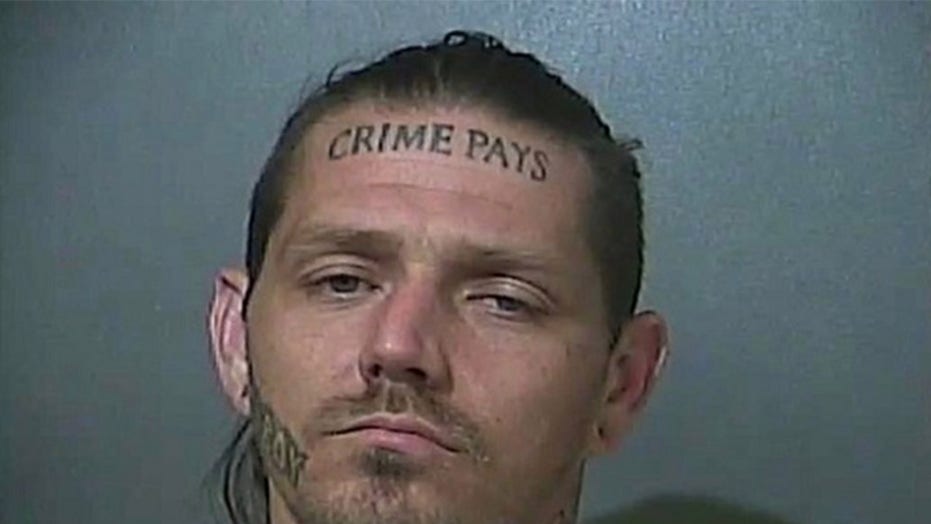 Police in Indiana are looking for a man with the words “Crime Pays” tattooed across his forehead.

Donald Murray, 38, allegedly led officers in Terre Haute on a high-speed pursuit Friday after he was spotted driving without lights on his car, according to authorities.

Terre Haute police say a man with the words "Crime Pays" tattooed on his forehead fled on foot Friday night after a high-speed pursuit.

Police said Murray crashed into a tree and fled the scene on foot. There was a passenger in the car who said he didn’t know his name, they said.

Anyone with relevant knowledge of the matter is encouraged to call police at 812-232-1311.

Terre Haute is located about 80 miles west of Indianapolis.