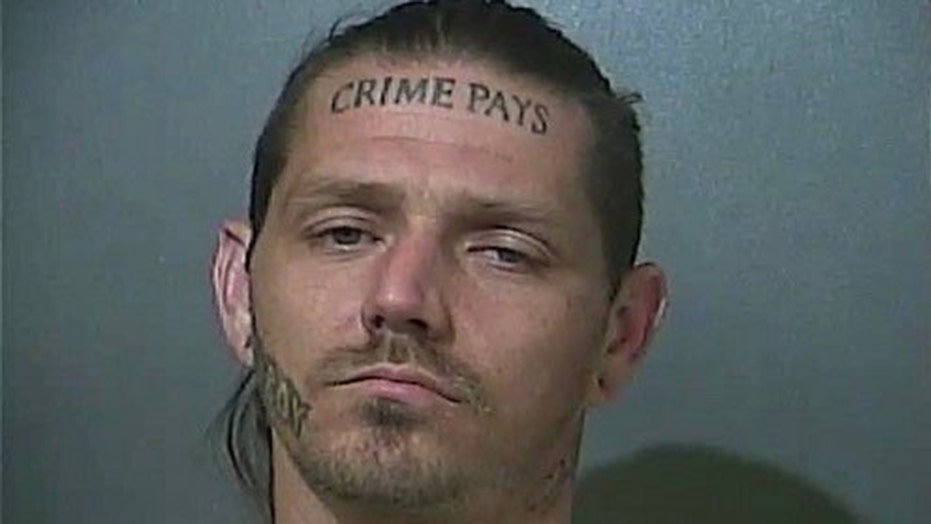 A man with a tattoo on his forehead that says “Crime Pays” has run afoul of police in Indiana for the second time since Nov. 29.

Donald Murray, 38, was busted Monday in Terre Haute after leading police on a short pursuit, the New York Post reports.

He was charged with resisting law enforcement, possession of methamphetamine and auto theft.

Murray and his tattoo gained notoriety after his first run-in with Terre Haute police on Nov. 29 landed him on the "Live PD" TV show.

That day cops said he crashed a car after a high-speed chase and then fled on foot.

Police released his mugshot and appealed to the public for help finding him.

Murray was caught a couple of days later.

He was jailed in that case, but then released on his recognizance Jan. 14, WTWO-TV reported.