A Christian university in Indiana is moving forward with racially segregated "listening sessions" where students can share their experiences following a survey about racism on campus despite ongoing criticism.

The sessions at Anderson University, 40 miles northeast of Indianapolis, will be broken up in two on Tuesday for students of color and two more on April 19 for White students, according to notice from the school's Racial Equity Task Force, which organized the listening groups first reported by the Chalkboard Review.

The in-person events were scheduled after students took an inclusivity survey about their experiences regarding race on campus. They will speak with moderators who will share their feedback with the task force.

The nature of the sessions has drawn criticism from some students who reportedly likened them to the Jim Crow-era south. In messages on private social media groups, some expressed concerns with the initiative.

In one message, a student said the "school's solution to racism is even more racism," according to images obtained by Chalkboard Review. Another message read that racism "should have been left in the 60s."

Fox News has reached out to the university.

In response, school President John Pistole defended the task force, saying the intention of the event is to "create a safe place for our students to openly share their experiences, and not to alienate persons in the process."

"This survey from the task force is a part of a larger project to achieve our mission of being an informed community. The collected data and feedback will directly shape the next projects and resources the university generates for the next school year," he said. "This effort is an honest attempt to gather information to promote Christ-centered racial reconciliation."

He said the Racial Equity Task Force is a natural extension of school principles and that its goal is to explore ways to apply school values to areas of identity, race, and social inclusion. 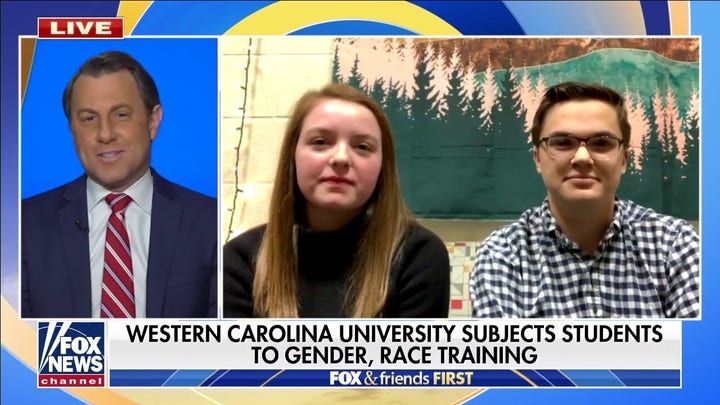 Other universities have been criticized for dividing students by race in an effort to enforce a "woke" agenda. Students at Western Carolina University recently spoke out against resident adviser support meetings being divided into two separate meetings.