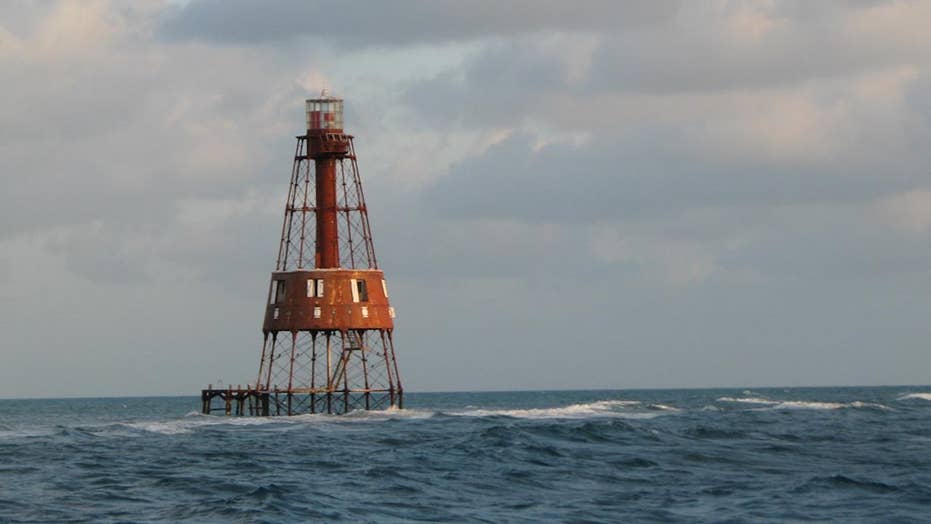 In Florida and around the US, lighthouses are struggling for preservation

Members of lighthouse preservation groups are trying to save these historical pieces.

KEY LARGO, Fla. –– It may be the end of an era for lighthouses around the United States. Once prevalent in the American southeast and Great Lakes regions, the structures have outlived their usefulness due to advanced GPS systems. The question now is what will happen to those that remain.

In Florida, federal officials are now trying to give them away -- for free.

The Coast Guard has declared four historic lighthouses in the Sunshine State built before and after the Civil War “to be excess” to their needs. They are trying to give them away to eligible entities, such as nonprofit organizations and educational agencies.

If those groups reject the offer, lighthouse restoration groups say the public will get the chance to buy the structures in an auction.

The U.S. Coast Guard has been maintaining lighthouses since 1939 when the U.S. Lighthouse Service merged with the Coast Guard

“The Coast Guard's already done their part. They said they don't need it anymore. They made sure they were listed on the historic registry. It is now with the General Services Administration. They make the announcement that these are available under the National Historic Lighthouse Preservation Act, to other governments or nonprofits,” said Eric Martin, the Florida Keys Reef Lights Foundation president.

What started as a hobby for Martin, developed into his life’s work, saving one of the oldest ways to navigate open water. He is looking to save all four historic structures.

He said the Lighthouse Act was designed to ensure historic lighthouses are used for educational, recreational or historic preservation purposes.

“I started off like most people, as what we call a lighthouse hunter. You look for lighthouses, you take pictures, you climb them if they are open,” said Martin. “I eventually became somebody trying to help save and restore lighthouses.”

Today, more than 400 lighthouses can be found in the United States

Martin said if organizations like his do not get the lighthouses, they are up for grabs by anyone who can afford it. In those cases, lighthouses have even been commercialized, made into bed and breakfasts.

“If a private individual is going to buy it, hopefully they have deep pockets because these are estimated to cost between $2 and $3 million to fully restore. It's almost like a business application. They are trying to determine, is your plan good enough, will you be able to maintain the light,” Martin said.

Robert Taylor, a lighthouse enthusiast from Massachusetts, visits lighthouses around the country. His latest stop was in Florida.

“Lighthouses are a beacon in the daytime. Of course, you can see the buildings, and they are painted up differently. Stripes, checks, brick and wood. In the nighttime, they put lights on them that flash or rotate,” Taylor said.

He added that the four historic lighthouses may be more difficult to preserve since they are offshore.

“Some of these lighthouses are on a rock, 20 miles from the nearest town or land. It's very hard to get anybody to do anything with those,” he said.

Martin said they lighthouses are being offered “as is” and “where is.”

“In most cases, the lighthouses need work. In this case, they definitely need work, and there's no power. There is no fresh water … so you're buying bare-bones on these,” said Martin.

Today, over 400 lighthouses can be found in the United States. Michigan has more lighthouses than any other state with about 130, followed by New York, Maine, Massachusetts, Wisconsin, California and Florida.

The U.S. Coast Guard maintains about 50,000 aids to navigation across the U.S.

Beyond the keys, recent lighthouse renovation projects stretch from Louisiana to New Jersey

Members of lighthouse preservation groups said they are trying their best to save a part of history that is slowly crumbling into the water.

“It's part of our civilization and how we got here. We are keeping enough of them going so we won't forget," Taylor said. "But unfortunately, you're probably not going to save all of them.”