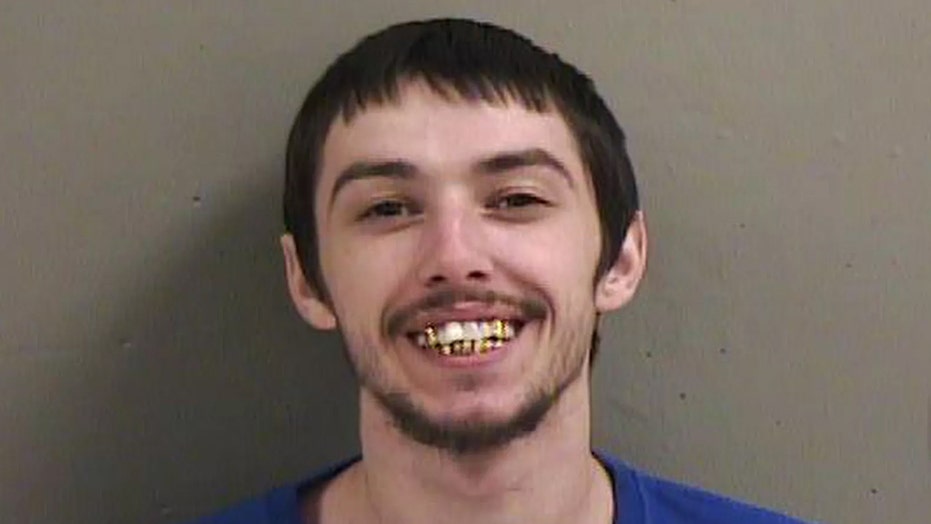 Federal prosecutors have arrested an Illinois man they say attended a George Floyd protest in Minneapolis, and recorded himself handing out explosives and saying “we came to riot.”

Matthew Lee Rupert, 28, of Galesburg, Ill., described by prosecutors as having "distinctive gold teeth," was charged Monday with civil disorder, carrying on a riot and possession of unregistered destructive devices.

Prosecutors in Minnesota said they have evidence showing Rupert particpated in the George Floyd protest in Minneapolis on Friday, after traveling from Illinois.

They said the video he shot at the protest was more than two hours long and was posted to his Facebook account.

“In the video, Rupert passes out explosive he indicates he possessed, encourages others to throw his explosives at law enforcement officers, actively damages property, appears to light a fire a building on fire and loots businesses in Minneapolis,” the complaint says.

The complaint also quotes Rupert as saying “light that bitch and throw it at them” to another person. That person, the complaint says, lit a device and threw it in the direction of police.

According to the complaint, on Sunday, Rupert posted more videos to his Facebook account showing him in and around the Chicago area.

He can be heard saying “let’s start a riot” and “I’m going to start doing some damage,” the complaint says.

Floyd, a black man, died May 25 after a white Minneapolis police officer pressed his knee into Floyd’s neck while Floyd was handcuffed and saying that he couldn’t breathe. The arrest was recorded by a bystander and viewed widely. Floyd’s death sparked protests in Minneapolis and around the country, some of which became violent.

A medical examiner said Monday that Floyd’s heart stopped as police restrained him and compressed his neck.

The charges against Rupert come as civic leaders nationwide have frequently blamed outsiders for bringing trouble into their communities. In Minnesota, Gov. Tim Walz said in the early days of protests that outsiders were responsible for most of the violence. He later backed away from that, and arrest data so far have showed most people taken into custody were from Minnesota.

Rupert appeared in federal court in Chicago Monday for a hearing to have him moved to Minnesota to face charges.