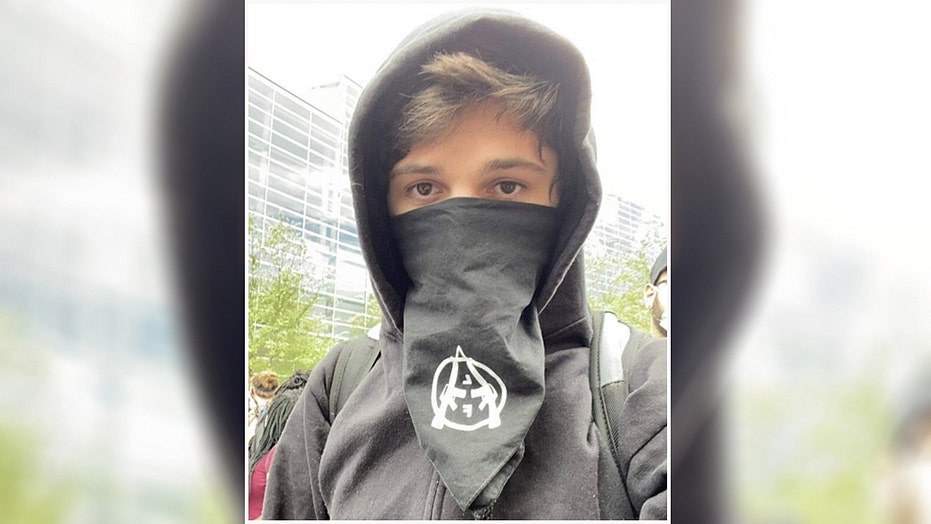 Pittsburgh police are searching for a man they said turned Saturday’s protest in the city's downtown over the death of George Floyd into a riot.

They said a search warrant was served on his home Sunday in conjuction with the FBI.

“Police secured the warrant as part of an investigation into a male suspect who incited Saturday’s violence by breaking the windows out of a marked Pittsburgh Police vehicle Uptown, against the wishes of peaceful protesters who tried to stop him,” police spokesman Chris Togneri said.

Bartels faces charges of institutional vandalism, rioting, and reckless endangerment of another person, he said.

“There’s no doubt that that’s who’s doing it and a lot of things we’re seeing are white males, dressed in the anarchist, Antifa, they’re ones who are fueling a lot of this," he said. "It’s just a damn shame that they took advantage of the situation, for something, something happened in another state where somebody died who shouldn’t have died, and they hijacked that message for their own.”

Police released a photo of Bartels in a black bandanna and black hooded sweatshirt.

A criminal complaint says police received a tip late Saturday night from an anonymous caller who said Bartels was a co-worker at Amazon, the Pittsburgh Tribune reported Monday.

The caller said they recognized Bartels’ image on the news and on social media, and that Bartels had said to the caller on Saturday: “If I’m not at work tomorrow, ask the boss to give me paid time off,” according to the paper.