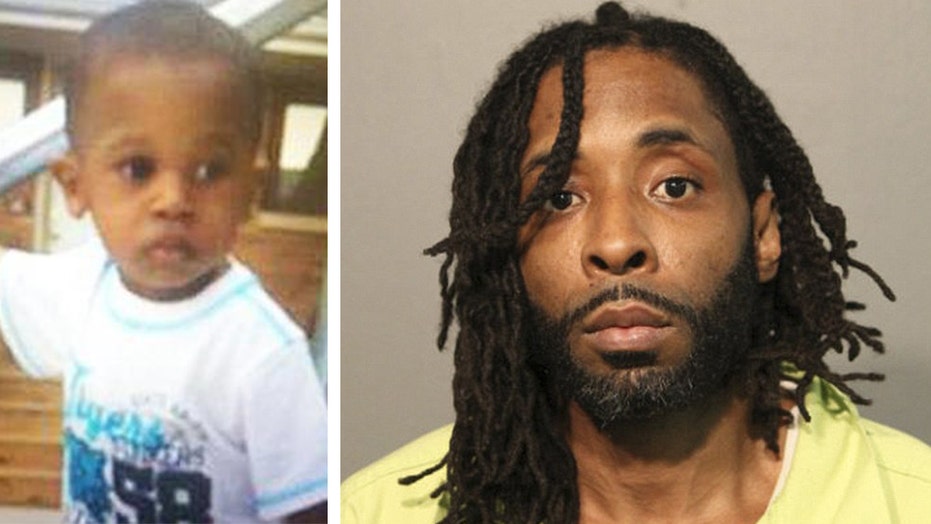 An Illinois man who has been accused of dismembering a 2-year-old child went on trial on Tuesday.

Kamel Harris, 44, allegedly killed Kyrian Knox, from Rockford, Ill., in August 2015. Some of Knox’s remains were found in September 2015 in the Garfield Park lagoon in Chicago. Harris was arrested in relation to the child’s death in 2016.

Harris’ charges in the case include first-degree murder, concealment of a homicidal death and dismemberment of a human being.

In the first day of the week-long trial, prosecutors claimed Harris “snapped” and killed Knox, The Chicago Tribune reported.

He was reportedly sent over the edge by Knox crying for hours after he was given milk, according to WGNTV. The child was reportedly lactose intolerant.

The outlet reported Harris allegedly brought the child’s body to Chicago before he dismembered it and put the parts in plastic bags tied to weights. He then allegedly put the bags in the lagoon.

The Tribune reported Knox’s feet, hands and head were found in the lagoon in 2015, but the rest of his body was never found.

Assistant State’s Attorney Andreana Turano said prosecutors don’t have fingerprint or DNA evidence linking Harris to the murder, according to The Tribune.

MICHIGAN MAN CHARGED WITH MURDER IN FATAL BEATING OF 2 WOMEN

When Harris was arrested in 2016, The Associated Press reported he had been in jail in another case.

Police Commander Kevin Duffin said Harris was being held on an unrelated charge at the Winnebago County Jail when he was arrested in Knox’s murder.

Though officials believed Knox was killed in Rockford, Harris was charged in Cook County because the child’s body was found in Chicago and police in that city did extensive work on the case.