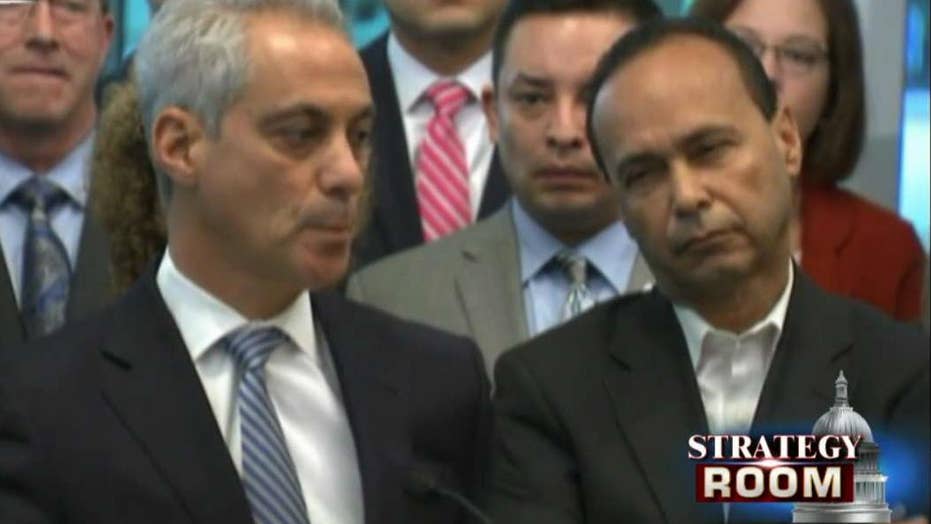 Will Chicago remain a 'sanctuary city'?

Strategy Room: David Mercer and Brad Blakeman discuss the potential of Chicago remaining a 'sanctuary city' and what that would look like for the city

CHICAGO – A man already in jail in another case has been charged in the death of a 2-year-old northern Illinois boy whose dismembered remains were found in a park lagoon last year, Chicago police said Tuesday.

Kamel Harris faces a first-degree murder charge in the death of Kyrian Knox of Rockford. Chicago police spokesman Anthony Guglielmi said Harris was once a caretaker for the boy.

Police Cmdr. Kevin Duffin said Harris was being held on an unrelated charge at the Winnebago County Jail in northern Illinois when arrested Monday night in the boy's death.

Kyrian's remains were found in September 2015 in the Garfield Park lagoon on Chicago's West Side. The FBI positively matched the boy's DNA with that of a dismembered body found in the lagoon two weeks before he was reported missing.

Duffin said investigators found blood in the carpeting of a vehicle connected to Harris, and received a DNA match to the boy over the summer. He said police also spoke with witnesses who had information only those close to the killer would know.

He said Kyrian is believed to have been killed in Rockford, but that Harris is charged in Cook County because the child's body was found in Chicago and police in that city did extensive work on the case.