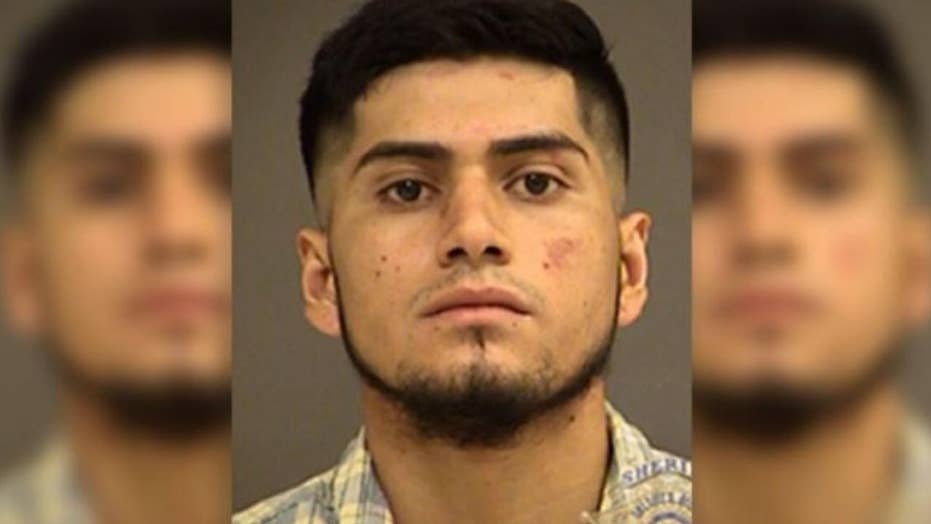 An illegal immigrant fled to Mexico after he was arrested for his involvement in a fatal car accident. Alejandro Maldonado-Hernandez was street-racing when he crashed into an Oregon couple’s car, killing an older woman and severely injuring her husband. The U.S. Immigration and Customs Enforcement (ICE) is now blaming the Washington County Sheriff’s office for not honoring an immigrant detainer request.

A 20-year-old man in the country illegally who was street-racing when he crashed into a car in Oregon, killing a woman, was able to flee to Mexico after local authorities did not honor an immigration detainer, according to federal officials.

U.S. Immigration and Customs Enforcement (ICE) said in a news release on Tuesday that Alejandro Maldonado-Hernandez was arrested on July 12 in connection with the fatal car crash that killed Janice Ator and seriously injured her husband, Patrick Ator.

After he was released from the hospital with minor injuries, Maldonado-Hernandez was booked into the Washington County Jail on charges of felony manslaughter in the second degree, felony assault in the third degree and misdemeanor reckless driving. ICE said that officers lodged an immigration detainer on July 16, but that by Aug. 8 the jail failed to honor it and let the 20-year-old go after he posted bail.

“It is real slap in the face to the victim's friends and family when criminal aliens, in this case a man who has caused the death of a woman and severe injuries to her husband, are released into the community due to dangerous sanctuary policies,” Nathalie Asher, Seattle field office director for ICE’s Enforcement and Removal Operations, said in a statement. “How many lives have to be lost before politicians are more concerned about public safety than their own political agendas?”

ICE said that according to a Washington County Sherriff’s Department news alert, investigators learned on Aug. 27 that Maldonado-Hernandez fled to Mexico to avoid prosecution. The 20-year-old remains at large, federal officials said.

Three people accused of helping him flee to Mexico – Ernesto Garcia, 20, Alicia Scardina, 21 and Luis Maldonado-Hernandez, 28 – were arrested the following day on charges of hindering prosecution, FOX12 Oregon reported at the time.

Federal officials contend that under the law, ICE has the authority to lodge immigration detainers with law enforcement partners who have custody of individuals arrested on criminal charges and who ICE has probable cause to believe are removable.

No safer place for illegal immigrants than Portland, Oregon?

"The detainer form asks the other law enforcement agency to notify ICE in advance of release and to maintain custody of the alien for a brief period of time so that ICE can take custody of that person in a safe and secure setting upon release from that agency’s custody," the agency states. "Yet, across the United States, several jurisdictions refuse to honor detainers and instead choose to willingly release criminal offenders back into their local communities where they are free to offend."

Officials, however, have pointed out that jails in Oregon can't recognize civil detainers because of a 2014 federal court decision that found Clackamas County violated a woman's rights by holding her beyond her release date while federal authorities investigated her immigration status.

The Washington County Sheriff's Office told FOX12 on Tuesday that ICE detainers are "simply put," not lawful or enforceable and that “had ICE agents provided a valid warrant or order signed by a federal judge during that time, Mr. Maldonado-Hernandez would have remained in custody.”

ICE previously said it's turned to courthouses to arrest immigrants who qualify for deportation because local policies have prevented county jails and state prisons from cooperating to allow wanted individuals to be transferred to the custody of immigration officials.

A new rule enacted earlier this month by Oregon Supreme Court Chief Justice Martha Walters forbids ICE agents from arresting immigrants inside or near the state's courthouses unless the agents first receive warrants from a judge.

Patrick Ator and his wife were married for 57 years and were "totally happy" up until the deadly crash.

“When it was all over, I woke up and looked over at my wife. She wasn’t talking," he told FOX12 on Tuesday. "I felt her pulse and there was no pulse. In my head I said, ‘Lord, why don’t you take me too?’”

His daughter, Deborah Goldstein, said her parents' relationship was described by people as "one of the best marriages they’ve ever seen."

“She was a great mother, an incredible mother and a lot of fun to be with,” Goldstein said Tuesday.

Ator and Goldstein told FOX12 that the debate over the law and jurisdiction of the two law enforcement agencies is beyond them, and they’re still just trying to heal four months after the deadly crash.

“I worry that they will get away with too little, but at the same time, that’s beyond me," Ator said. "My wife and I lost our togetherness and that’s really what I’m concentrating on. I don’t worry about the people that caused it."