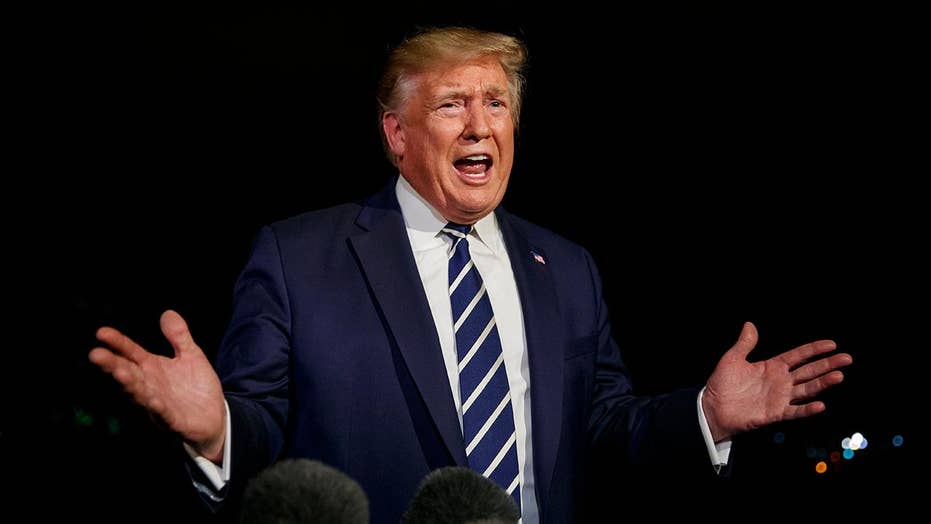 Heritage Foundation national security and foreign policy Vice President James Carafano says the number one responsibility of the U.S. government to ensure the safety of the migrant children.

Although many migrants who made it to the United States to ask for asylum have been kept in limbo at the border of Mexico, the U.S. Migrant Protection Protocols (MPP) have remained “one of the most effective tools the United States has to address the crisis at the southwest border,” a Department of Homeland Security spokeswoman told Fox News on Monday.

“The Government of Mexico has publicly stated on multiple occasions that they will provide humanitarian and security protections to aliens who are part of MPP,” she said.

The spokeswoman added: “The Government of Mexico has provided shelter and other support for those in MPP. However, many MPP migrants are choosing not to avail themselves of these offers. MPP migrants should seek out government or NGO-run shelters and avoid informal ‘camps’ near the border.”

The Associated Press reported that gangs had a new type of prey with the migrants, ramping up kidnapping, extortion, and illegal crossings to extract money fueling their empires.

“They say ‘give me 10, 15, 25.’ They tell them they are going to take them to a safer place, and they give them to the highest bidder,” Edith Garrido, a nun working at the Casa del Migrante shelter in Reynosa, explained. “A migrant is money for them, not a person.”

The DHS spokeswoman told Fox News that migrants were safer working with American forces. “These aliens illegally transited multiple countries to reach the U.S. border, and have not chosen to avail themselves of other opportunities for relief in the region, including in Mexico—which is partnering with (The United Nations High Commissioner for Refugees) and has a recognized asylum reception capacity. These aliens chose to traverse this particular area of Mexico and were returned in the same area they were apprehended.”

In Mexico, Tamaulipas has been both the location of most illegal crossings and the state where the United States has returned the most asylum seekers — 20,700 as of early October. Migrants have remained there at the crossroads of Tamaulipas for weeks and sometimes months awaiting their U.S. court dates.

Thousands of migrants returned to Mexico under the Trump administration’s “Remain in Mexico” policy have given up their asylum claims, with many of them returning home, according to statistics included in an assessment of the policy by the Department of Homeland Security.

The policy has sent migrants seeking asylum at the southern border back to Mexico for the duration of immigration proceedings. It’s been a cornerstone of the administration’s efforts to end “catch and release,” by which migrants were released into the U.S. while their cases were heard.

“The International Organization for Migration is providing for free trips home for aliens in Mexico who wish to return to their home countries, including those in MPP,” the DHS spokeswoman told Fox News.

The effort has expanded amid increased cooperation with Mexico since summer.

Homeland Security said the migrant crisis peaked in May, and the number of illegal immigrants encountered at and between the ports of entry has decreased by 64 percent overall – and approximately 80 percent for Central American families.

So far, the Trump administration has returned over 55,000 migrants to Mexico.