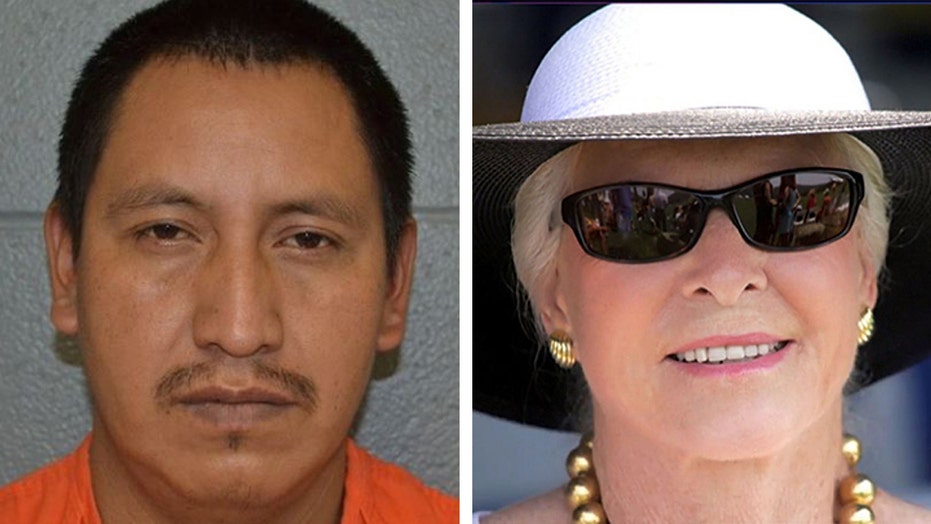 The illegal immigrant who bludgeoned a New York socialite with a fire extinguisher at her Westchester estate in 2015 was sentenced to 22 years to life in prison on Thursday, as he publicly begged for forgiveness.

Esdras Marroquin Gomez had pleaded guilty in May to murdering Lois Colley, the wife of a millionaire McDonald's franchise owner.

Gomez had worked on the Colleys' 300-acre estate about five times but was not employed there at the time of the murder. According to his defense attorney, Gomez went to the property, Windswept Farm, on the day of the murder to talk to Eugene Colley, Lois' husband, because he wanted compensation after a chainsaw injury he had sustained on the property as well as a plane ticket back to his native Guatemala.

Gomez ultimately bludgeoned to death the 83-year-old woman -- whose son made headlines in 2003 after he had an affair with Gov. Andrew Cuomo's wife, Kerry Kennedy, leading to their divorce -- and left her body in the home's laundry room, where a family caretaker later discovered it.

The weapon, a fire extinguisher from the house, was found in a nearby pond and DNA evidence concluded the blood matched Colley.

Gomez escaped first to Guatemala, then to Mexico, where he was working illegally before he was deported by Mexican officials back to his home country.

While on a plane back to Guatemala via Miami, Gomez was arrested by the FBI, who had long suspected him in the crime.

After his sentencing in Westchester County, the 34-year-old Gomez asked God for forgiveness and said he wished he could reverse what he'd done and die in Colley's place.

Colley had been married to her husband for 65 years and he often referred to her as “love of my life” and “honey,” according to a letter he wrote to the judge pleading for the maximum sentence for Gomez.

Colley's granddaughter, Christine Colley, told the court, “I’m sad, I’m angry and I’m terrified.” She said she wanted the court to ensure Gomez was put away for life.