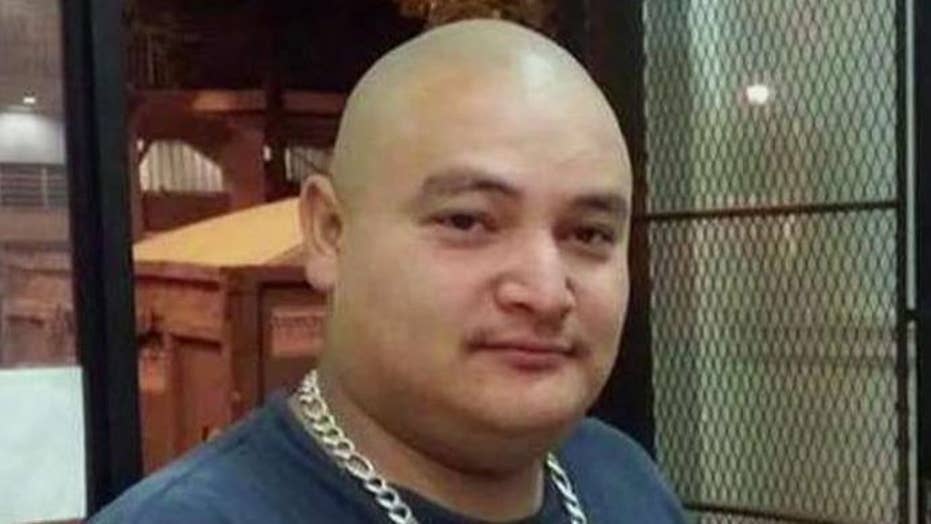 The illegal immigrant accused of gunning down a California police officer last month appeared in court for the first time on Wednesday.

Gustavo Perez Arriaga, who prosecutors said was charged with murder in the death of Cpl. Ronil Singh of the Newman Police Department, did not enter a plea during the hearing.

The suspect’s attorney questioned his client’s competency to stand trial, after which the judge suspended proceedings and ordered a doctor's evaluation. The parties are due back in court next month.

Arriaga did not speak during the court proceedings and was given assistance throughout by an interpreter. No one in the courtroom, which was filled with members of the Newman Police Department as well as relatives of the defendant and the police officer, seemed to offer any reaction.

Arriaga was taken into custody on Friday, days after Singh was killed.

The suspect, who is from Mexico, was in the country illegally after previously crossing the Arizona border, Stanislaus County Sheriff Adam Christianson revealed following Arriaga's apprehension. 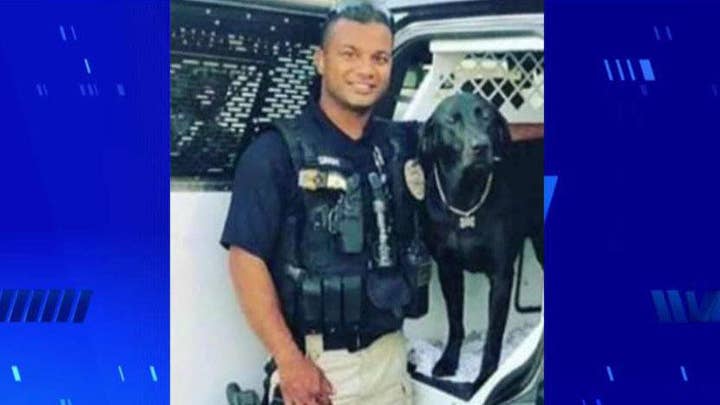 The suspect had sought to cross back over the border before the shooting unfolded, Christianson said, adding that Arriaga had known gang affiliations and two prior DUI arrests.

Singh was shot and killed during a traffic stop just before 1 a.m. last Wednesday in Newman, about 100 miles southeast of San Francisco, according to police.

The suspect was stopped by the officer for a DUI investigation before engaging in a gunfight, during which Singh tried to defend himself, Christianson said.

Following Arriaga's arrest, U.S. immigration officials confirmed that they had no contact with him until his arrest.

Singh was a native of Fiji and left behind a wife and 5-month-old son. The officer, who joined the force in the summer of 2011, legally emigrated to the U.S. to pursue his goal to become a police officer, Newman Police Chief Randy Richardson reflected during an exclusive interview Sunday on "Fox & Friends."

"That's what actually made him stand out, the day I did the interview with him, is his devotion for this profession," Richardson said. "He told me he came here solely to be a police officer and be a part of this country, to protect what was given and allowed to him."