Police continue to investigate the quadruple murder in Idaho

Video shows police activity in Moscow, Idaho as well as the Moscow Police station, where law enforcement continues to investigate the quadruple murder.

The University of Idaho will have more visible security for the final weeks of the fall semester after four students were stabbed to death on Nov. 13.

The four students, Ethan Chapin, 20; Xana Kernodle, 20; Madison Mogen, 21; and Kaylee Goncalves, 21, were stabbed to death likely while sleeping on early Sunday morning between 3 and 4 a.m. in a Moscow, Idaho, home on King Road the college campus, according to police.

The university posted an Instagram story about the heightened security on Monday.

"Increased security will be onsite for the remainder of the semester," the post reads, directing students to campus services such as Safe Walk and Safe Ride.

IDAHO STUDENT MURDERS: POLICE SAY RUMORS THAT DOG DID NOT BARK DURING ATTACK ARE NOT CONFIRMED

A memorial for the slain students at the University of Idaho, Monday, November 28, 2022, is covered in snow. The menorial is in honor of the victims of a quadruple homicide involving in an off-campus home on November 13. (Derek Shook for Fox News Digital)

The victims were on the second and third floor of the King Road house, which is near the University of Idaho campus.

Police said that there are two surviving roommates who were at the residence when the attack took place, adding that they aren't considered suspects.

The 911 call was made on one "of the roommates" cell phone at 11:58 a.m. on Sunday morning, police said, adding that the victims were pronounced dead when officers arrived. 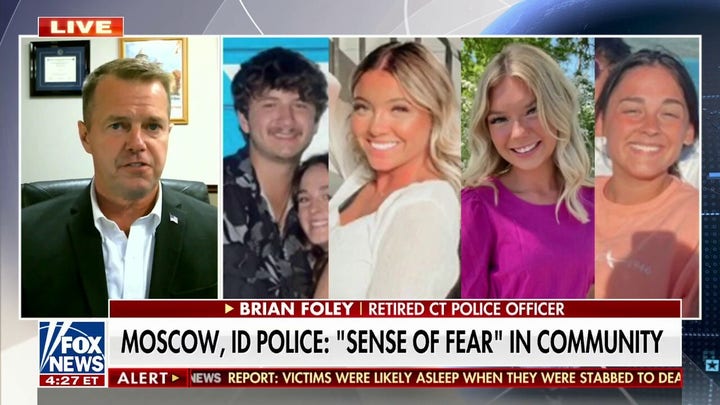 Officials say that the attacker used a "fixed-blade knife" to kill the four victims, stating that there were multiple stab wounds on each victim.

During a previous press conference, University of Idaho President Scott Green said that students' safety is being made a top priority.

"We're making security our top priority. We're also planning for the very real possibility that some students aren't comfortable returning to campus. We will do our best to meet the needs of all students," Green said.

The University of Idaho is also giving students the option to finish the semester remotely if they chose not to return to campus after Thanksgiving break.

As the investigation is entering its second week, Aaron Snell, director of communications for the Idaho State Police, told Fox News Digital during an earlier interview that investigators are making "substantial progress."