MOSCOW, Idaho — More than two weeks after four University of Idaho students were brutally murdered at an off-campus residence, investigators say they have begun receiving results from forensic testing at a crime lab.

"I do know that each type of testing… some take longer than others. And I also do know that there have been results that have been returned and those go directly to the investigators, so that way they can help, again, paint that picture as we keep talking about," Idaho State Police Communications Director Aaron Snell told Fox News Digital on Wednesday.

Snell declined to comment on whether DNA that did not belong to the four victims or two surviving roommates had been found at the scene.

Law enforcement took more than 4,000 photos at the scene of a quadruple homicide in Moscow, Idaho.  (Derek Shook for Fox News Digital)

More than 100 law enforcement officers from the FBI, Idaho State Police, and Moscow Police Department continue to sift through 113 pieces of physical evidence, 4,000 crime scene photos, 488 digital media submissions and other clues as they investigate the quadruple homicide.

Five vehicles were towed away from the three-story home on Tuesday for "further evidence gathering." 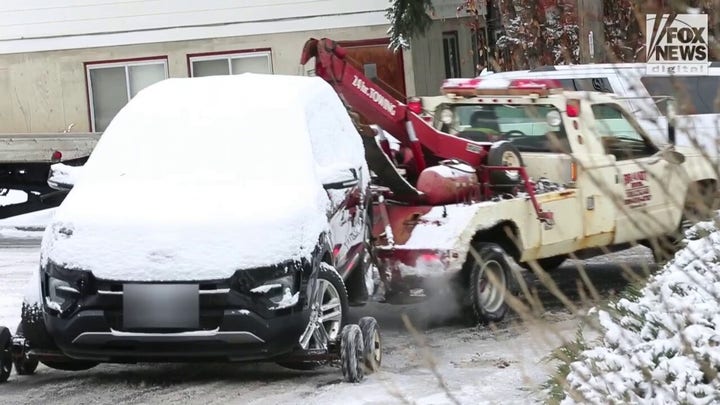 Scientists from Idaho State Police Forensic Services have been "working 24/7 in the lab" to try to get results as quickly as possible, Snell previously said.

Authorities have not identified a suspect in the case or located a murder weapon, though police believe the attacker used a fixed-blade knife.

The four victims — Xana Kernodle, 20; Ethan Chapin, 20; Madison Mogen, 21; and Kaylee Goncalves, 21 — were all stabbed multiple times and some had defensive wounds.

Steve Goncalves, Kaylee's father, previously said that the killer "made a mess."

"They're gonna have to go through that point by point and that's going to take a lot of time," he told Fox News. "That's why they reached out to other facilities to help them with that lab work."

A side view of the three-story home where four University of Idaho students were murdered. (Derek Shook for Fox News Digital)

A map showing the movements of four University of Idaho students in the hours before they were murdered. (Moscow City Police Department/Instagram)

Snell noted this week that collection of evidence at the home "is coming to a conclusion," but police continue to appeal to the campus community for information on "any odd or out-of-the-ordinary events that took place" around Nov. 13.

"Your information, whether you believe it is significant or not, might be a piece of the puzzle to help investigators solve these murders," Moscow police said recently.