The bodies of the four victims were discovered inside the property on King Road, Moscow, just on Sunday. (Derek Shook for Fox News Digital)

Investigators were seen inside the Moscow, Idaho home on Thursday where four University of Idaho students were killed earlier in the week.

The four students, Ethan Chapin, 20; Xana Kernodle, 20; Madison Mogen, 21; and Kaylee Goncalves, 21, were killed on early Sunday morning between the hours of 3 and 4:00 a.m. inside a King Street home, according to Moscow Mayor Art Bettge.

Moscow Police Department officers were responding to an unconscious person call on Sunday at 11:58 a.m. when they discovered the four students, who were pronounced dead on the scene.

In a Tuesday press release, police said that the suspect used an "edged weapon such as a knife" in the attack. Investigators believe the incident was "an isolated, targeted attack" with "no imminent threat to the community at large."

Forensic team search a home in Moscow, Idaho on Monday, November 14, 2022, where four University of Idaho students were killed over the weekend in an apparent quadruple homicide.  (Derek Shook for Fox News Digital)

Investigators with the Idaho State Police were seen at the house on Thursday through the day, taking pictures and collecting evidence. One person could be seen in a hazmat suit while inside the house.

IDAHO MURDERS: STUDENT SAYS 'THERE NEEDS TO BE JUSTICE' FOR PERSON WHO KILLED FOUR STUDENTS

A spokesperson for the Federal Bureau of Investigations told Fox News Digital on Thursday that its Behavioral Analysis Unit is assisting local law enforcement officials in the case.

Investigators with the Idaho State Police were seen at the house on Thursday through the day, taking pictures and collecting evidence. One person could be seen in a hazmat suit while inside the house. (Derek Shook for Fox News Digital)

Latah County Coroner Cathy Mabbutt revealed in an autopsy report on Thursday that the students were pronounced dead at noon on Sunday, with the manner of death being a stabbing.

During a Wednesday press conference, Moscow Police Department Chief James Fry said that he can't say that there isn't a threat to the overall community. 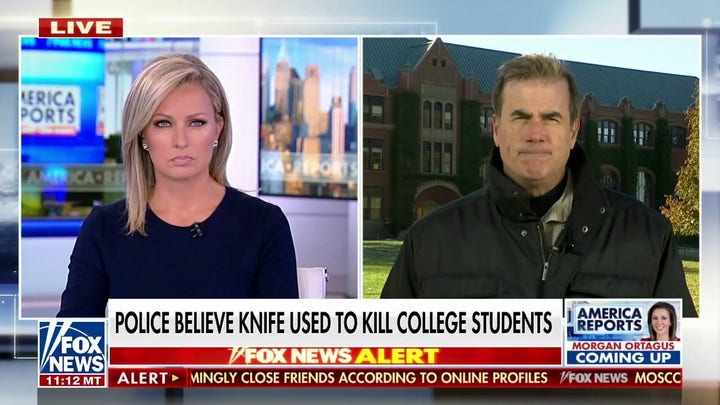 "We need to be vigilant. We need to watch out for our neighbors," Fry said.

When officers arrived on the scene, they found four victims dead at the property. (Derek Shook for Fox News Digital)

He added that two roommates were inside the house when the incident happened and said they were "unhurt."

An Idaho State Police spokesperson told Fox News Digital that the two roommates are cooperating with the investigation, and said that as of Thursday evening, there's not a suspect in custody or a person of interest. 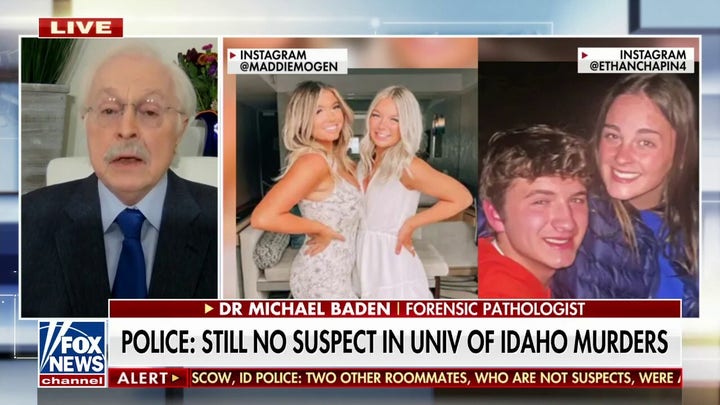 UNIVERSITY OF IDAHO MURDERS: TWO ROOMMATES WERE AT HOME WHEN FOUR STUDENTS WERE KILLED

"It certainly is possible. That's the purpose of the investigation, that's why we're really hoping for any information from the public that can help the investigators recreate everyone's activities from Saturday night into early Sunday morning and hopefully give them the leads, the information, to identify who did this," Thompson said.

Shortly before being killed, Mogen and Goncalves were both seen at a local food truck in Moscow, Idaho, through a Twitch stream before returning to their residence,

Anyone with information about the incident is being asked to call Moscow police at 208-883-7054.