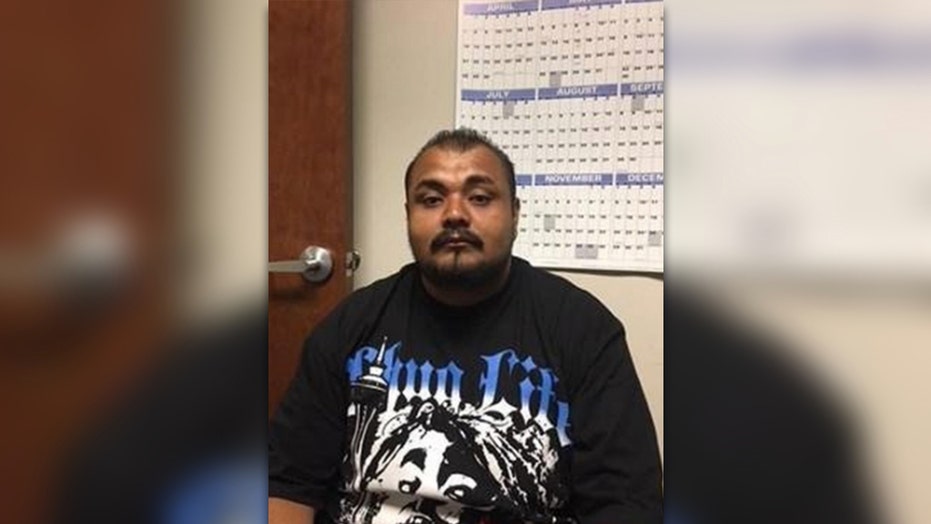 An illegal immigrant with a criminal history dating to 2010 was released from jail by local authorities in Washington state on two separate occasions despite Immigration and Customs Enforcement (ICE) detainers lodged again him, the agency said Thursday.

In addition, ICE said that Julio Cruz-Velazquez, 25, was arrested and released from jail before the agency could lodge a detainer request on seven further occasions.

Cruz-Velazquez, who entered the U.S. illegally from Mexico, was arrested by Seattle police and charged with homicide on Nov. 7. The agency lodged a detainer for him on the same day with the King County Jail.

"When law enforcement agencies do not honor ICE detainers or simple notification requests, the individuals they release, who often have significant criminal histories, are turned out into an unsuspecting community, free to continue their criminal behavior and seek out new victims," the agency said in a statement. "Such is the case of Julio Cruz-Velazquez."

ICE said it had previously lodged detainers for Cruz-Velazquez with the King County Jail on July 9 of last year, two days after he was arrested by the Tukwila Police Department and charged with rape and domestic violence; and on Jan. 7 of this year, three days after he was arrested by the same department and charged with failure to comply and driving under the influence.

On both occasions, Cruz-Velazquez was released without the King County Jail notifying ICE, the agency said.

“Local law enforcement failed the public in this case on multiple occasions,” ICE Seattle field office director Nathalie Asher said. “Prior to Julio Cruz-Velazquez’s most recent arrest for murder, ICE lodged detainers on him twice. Had those detainers been honored, or had ICE been notified on any of the other multiple occasions he was arrested and released from local jails, we would have taken him into custody."

"Regrettably, politics continues to prevail over public safety," Asher said. "The detainers were ignored and Cruz-Velazquez was released to the street."

"Because sanctuary policies restrict ICE’s access to local databases, pushing ICE agents out of jails and the associated political pressure discouraging local law enforcement from effectively communicating with federal immigration officials, ICE is often unaware of a criminal alien being in custody prior to them being released," the agency said. "These misguided policies hinder ICE’s ability to lodge immigration detainers in a timely manner."

On April 4, Cruz-Velazquez was convicted of second-degree assault, a class B felony that carries a sentence up to 10 years in prison. He was booked into Nisqually Jail on July 10 and charged with a community custody violation but was released the next day, before ICE could lodge a detainer, the agency said.

On July 27, 2017, he was arrested by the Seattle Police Department and charged with burglary and malicious mischief, but he was released without ICE having time to lodge the detainer against him, according to the agency.

A similar sequence of events played out five additional times: in August 2015, when Cruz-Velazquez was arrested by Seattle police for failure to comply; in June 2012 when Seattle authorities charged him with possession of a stolen vehicle, and three times between 2010 and 2012 when he was arrested on local charges that included robbery and manufacturing and possessing a controlled substance, the agency said.

Cruz-Velazquez had been convicted in November 2015 of vehicle prowling. He was sentenced to 364 days in jail and 12 months of community service and was released at an unknown date.

Cruz-Velazquez entered the United States in February 2000. He voluntarily returned to Mexico the day after being encountered by Border Patrol, ICE said. He later illegally re-entered at an unknown date and location, the agency said.

He is most recently charged with first-degree murder in the death of 56-year-old Sam Nang Lam, a Vietnamese man who died from two gunshot wounds to the back, according to police, The Seattle Times reported.

“Because of this recklessness, a man who immigrated legally to the U.S. has lost his life, allegedly at the hands of a repeat criminal and immigration offender," Asher said. "This is yet another death that could have been prevented, had local law enforcement cooperated with ICE toward the common goal of public safety, as we have so effectively done in years past.”