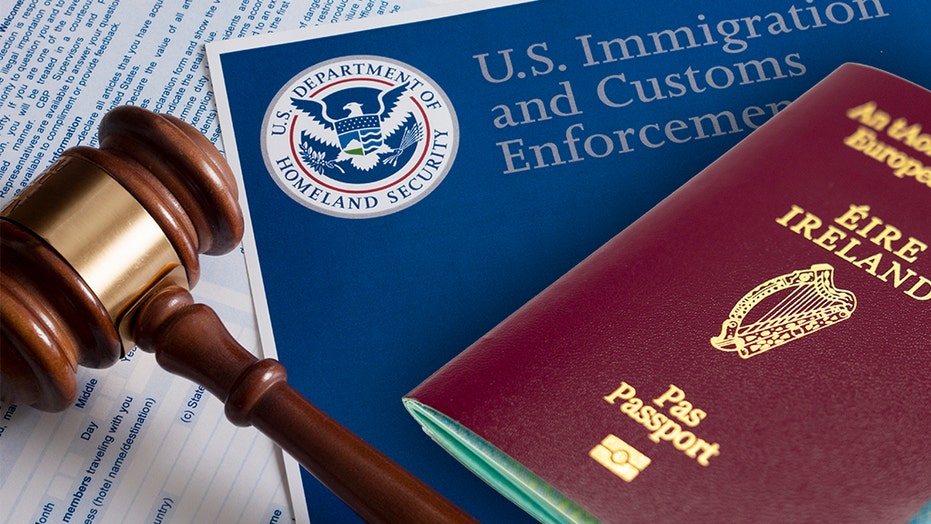 Darcy Gearoid McMenamin, a member of the Irish Republican Army, entered and left the U.S. multiple times between 2000 and 2007 through the visa waiver program, ICE said in a press release.

ICE Boston says an Irish national with a criminal conviction in Northern Island has been "removed."  (ICE)

Authorities say McMenamin has a history of terrorism-related crimes in Ireland. He was convicted for participating in the bombing of a police station near Omagh, County Tyrone, Northern Ireland, in 1993, for which he was sentenced to eight years in prison.

McMenamin never disclosed his criminal history on his arrival or departure documents as required by U.S. law.

In 2007, U.S. Customs and Border Protection provided McMenamin port-authorized parole into the U.S. for a few days for the birth of his child, but he stayed beyond the terms of his agreement.

“There is no safe haven in the U.S. for foreign nationals convicted of terrorist activities. ERO Boston officers still continue their duties even during these trying times,” said Todd M. Lyons, field office director for ICE’s Enforcement and Removal Operations in Boston. “Those who believe they can hide in the U.S. from their crimes, including terrorist activities they committed in other countries, are in for a rude awakening.”

On June 3, an immigration judge in Boston denied McMenamin’s request to remain in the U.S.