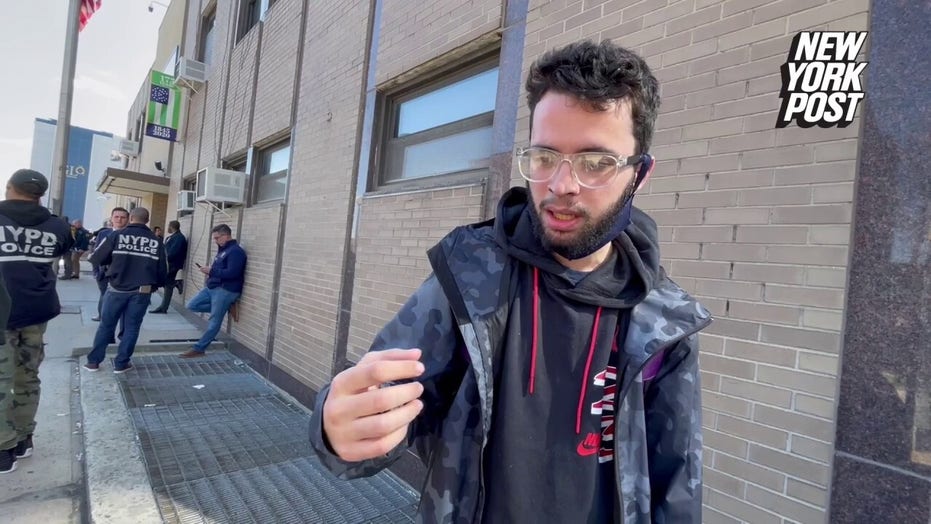 Subway rider Fitim Gjeloshi came face to face with the mass shooter who opened fire on a crowded subway in Sunset Park, Brooklyn on Tuesday.

A straphanger told The New York Post he came face to face with the mass shooter who opened fire on a crowded subway Tuesday — and was targeted by the mumbling madman first.

Subway rider Fitim Gjeloshi recalled how he was on the Manhattan-bound N train just before 8:30 a.m. in Brooklyn when he noticed the suspect sitting in the corner, muttering to himself.

This photo provided by Will B Wylde, a person is aided in a subway car in the Brooklyn borough of New York, Tuesday, April 12, 2022. (Will B Wylde via AP)

When the train briefly stopped underground after leaving the 59th Street station, the suspect suddenly whipped out a gas mask, Gjeloshi said.

"When [the train] was about to hit 36th Street, we stopped for 5 minutes. He takes out a gas mask from one of his little luggage[s]," the witness said.

"He opened one of his gas tanks, and he said, ‘Oops, my bad.’ He pulls out an ax, he drops it, he takes a gun out, he starts shooting."

The rider claimed that the suspect shot at him first, but he managed to dodge the bullet and emerge unscathed.

"One guy gets shot right next to me. He says, ‘Help! Help!’" Gjeloshi said. "I tell some person to help him out, cover the blood for him. I jump over, I bang the door and I kicked it with my leg," Gjeloshi said.

By the time the train pulled into the 36th Street station, the car was littered with wounded New Yorkers bleeding from the suspect’s barrage of bullets.

Law enforcement located this U-haul that was rented by a person of interest about five miles southeast of where the shooting occurred.  (Fox News)

In all, 10 people were shot and another 19 wounded, officials said. Miraculously, no one suffered life-threatening injuries.

The unidentified suspect is still on the lam.