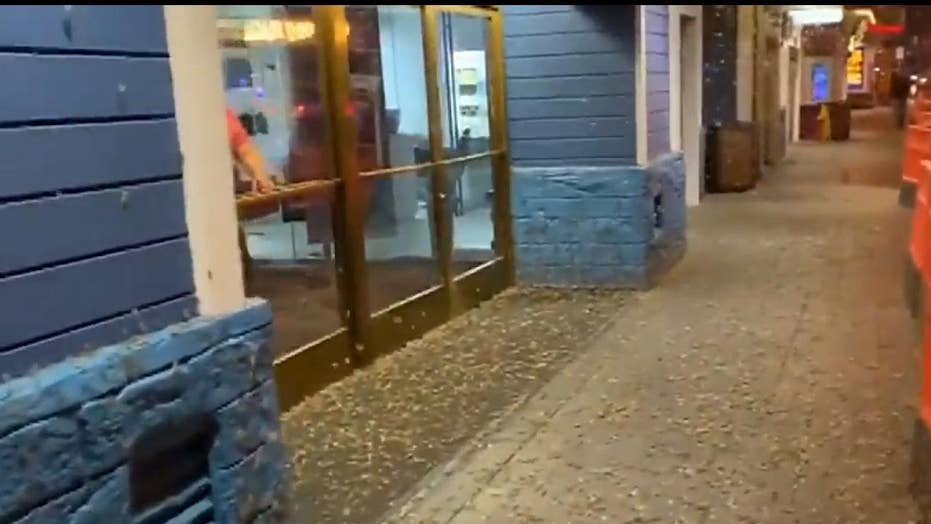 Experts say an invasion like this is tied to recent wet weather and has occurred five or six times over the past 30 years.

Wet weather is to blame for the hordes of grasshoppers that have descended upon Las Vegas this week.

A Nevada state entomologist told the media on Thursday that the scale of adult pallid-winged grasshoppers traveling north to central Nevada is rare, but reassured that it’s not unprecedented and residents shouldn’t be concerned

“It appears through history that when we have a wet winter or spring, these things build up often down below Laughlin and even into Arizona,” Jeff Knight, an entomologist with the Nevada Department of Agriculture, said on Thursday.

“We'll have flights about this time of the year, migrations, and they'll move northward,” he added.

This year, the Las Vegas area recorded more rain in six months than the annual average of just under 4.2 inches per year.

CALIFORNIA RESIDENTS FLEEING TO NEVADA AND ARIZONA AS HIGH TAXES, HOME PRICES FORCE THEM OUT

Knight said the grasshoppers pose no danger as they don’t carry disease, don't bite, and probably won't damage anybody's property by the time they are gone. The insects usually attracted to ultraviolet light sources, he added, suggesting people can install low-UV lights to avoid the insects.

“They don't carry any diseases. They don't bite,” he said. “They're not even one of the species that we consider a problem. They probably won't cause much damage in the yard.”

He added that similar insect migrations happened during his more than 30-year career at the state Department of Agriculture. The most recent similar migration occurred six or seven years ago.

“We have records clear from the '60s of it happening, and I have seen it ... at least four or five times in my 30-plus years,” Knight said. “There are some special weather conditions that trigger the migration.”