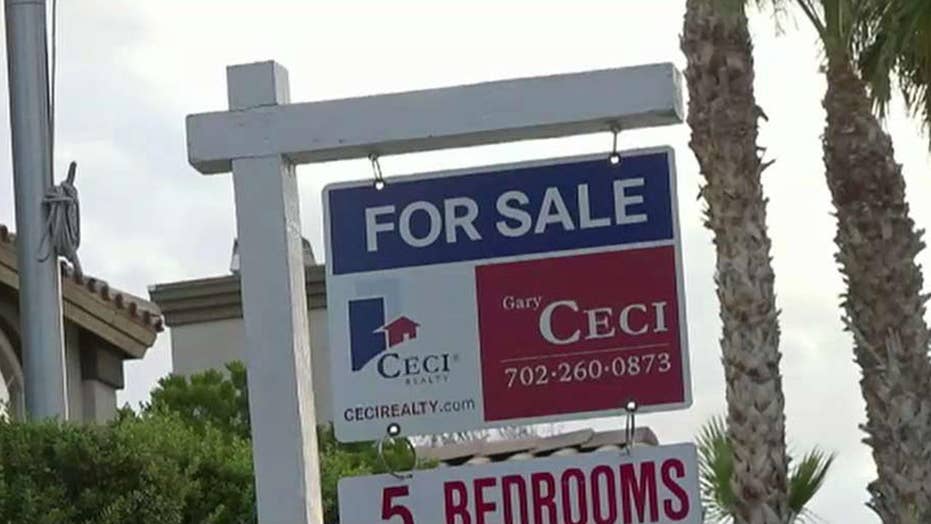 LAS VEGAS -- After five years of living in sunny California, Billy Mitchell decided to leave the Golden State for the Nevada desert, where he could get more bang for his buck.

“It’s ridiculous. The house I was living in, I was in Orange County in Fullerton, and it was maybe 1,300 square feet, one bathroom – it was a nice place and all but it was about $150,000 more than this place,” Mitchell said as he gave a tour of his newly purchased, 2,100-square-foot home in Henderson, Nev.

Billy Mitchell left California after five years for Nevada to get more bang for his buck. (Ben Brown)

For $150,000 less, Mitchell’s new home sits on nearly a third of an acre and also has a pool. He, along with roughly 660,000 other people, decided to move out of California to avoid high taxes and find a cheaper cost of living in neighboring states like Nevada and Arizona, according to Census data.

California had the highest out-migration than any other state in the country, followed by Texas, with 467,338 out movers, and New York, with 452,580, according to 2017 US Census data. Los Angeles County alone had 312,000 people moving to a different area within the past year.

As the California housing bubble continues to squeeze out middle-class homeowners -- with some living on the street, in their cars or in illegal boats -- a growing number of people are moving out and heading a little further east.

Nigel and Elaine Duncan spent a hot, summer afternoon driving around Las Vegas searching for their next home after making the move from Pasadena, Calif.

NEW JERSEY HOME WAS LISTED AT JUST $10, BUT IT CAME WITH A BIG CATCH

“You cannot get this house in this particular area. It doesn’t exist in Pasadena. If it did exist, which it doesn’t, it would be $4-$5 million,” Nigel said as he gestured to a newly built home in an upscale neighborhood in Henderson, Nev. “It’s hard to contrast the two because there are really no contrasts.”

The couple currently lives in a condo near Lake Las Vegas but are exploring buying a home after seeing how much further the dollar stretches in Nevada than California.

Of the new residents calling Nevada home between 2013 and 2017, 56 percent came from California, according to an article from the Wall Street Journal.

No state income tax, job creation and a cheaper cost of living are all factors helping sway people to make the move, Aguero added.

Nearby states like Arizona and Idaho are also seeing a major intake of Californians.

And while the influx might be good for home builders, it also proves somewhat of a catch-22 for locals who can be priced out of the housing market, while at the same time see the value of their home rise as Nevada continues to become more of a destination.

4 REASONS WHY MOVING DURING THE SUMMER WILL SAVE YOU STRESS

“For families that have considerable equity in California, what they can do is sell there -- let's say half a million-dollar house over there, pocket the equity that’s been there for a long time and probably put 50 percent down over here [Nevada]. Sell it over there and buy all cash over here,” Vivek Sah, director of the University of Nevada, Las Vegas Institute for Real Estate Studies said. “So, that kind of displaces some of the other prospective buyers here because they don't have the same purchasing power because of that large cash component.”

Hawks called it the impact on local homebuyers “devastating.”

“Locals who don’t have that 100 or 200-grand to put down with a median job and are not able to compete and buy those homes that are above that income level,” he added.

While out-migration is a concern for California, Stuart Gabriel, the director of the Richard S. Ziman Center for real estate at the University of California  Los Angeles said the state will remain a powerhouse in the U.S and abroad.

SELLING YOUR HOME? HERE'S HOW TO FIX WHAT BUYERS DON'T WANT TO SEE

As long as Nevada continues to create more jobs and attract different companies like Google and Amazon, experts don’t expect the inward migration to teeter off anytime soon.