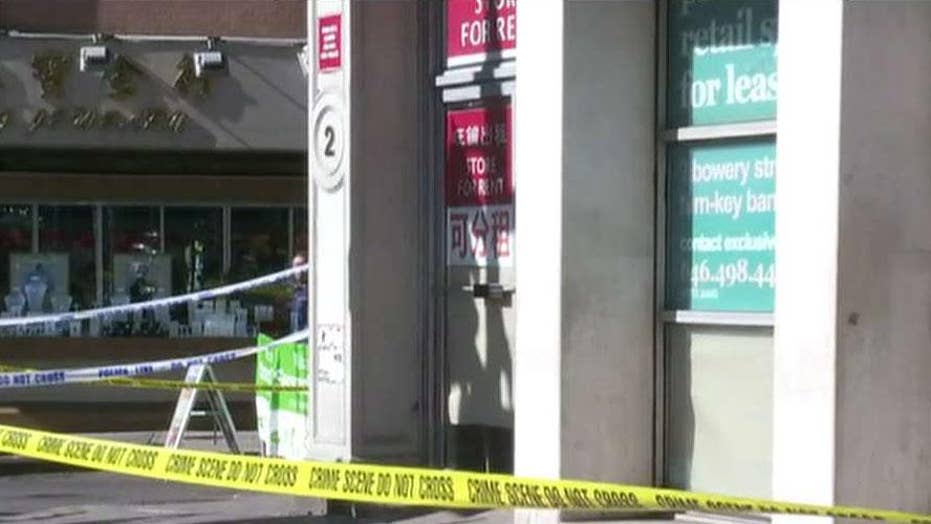 Four homeless men killed, one in critical condition in NYC

Police say they were all beaten in their sleep by a man wielding a large metal object.

A homeless man confessed to fatally bludgeoning four sleeping vagrants and critically injuring a fifth during a bloody rampage through Chinatown, a prosecutor said in court on Sunday.

“While he was in the 5th Precinct, he was shown video of the attacks and he admitted that he was the person in the video,” Peterson said.

Peterson also revealed that the weapon Santos allegedly used – described by law enforcement sources as a 3-foot, 15-pound piece of construction metal – was “covered in blood and hair” when cops caught him carrying it over his shoulder.

Nabbing Santos likely prevented further carnage, because “the way he was walking, it looked like he was looking for more victims,” a source has said.