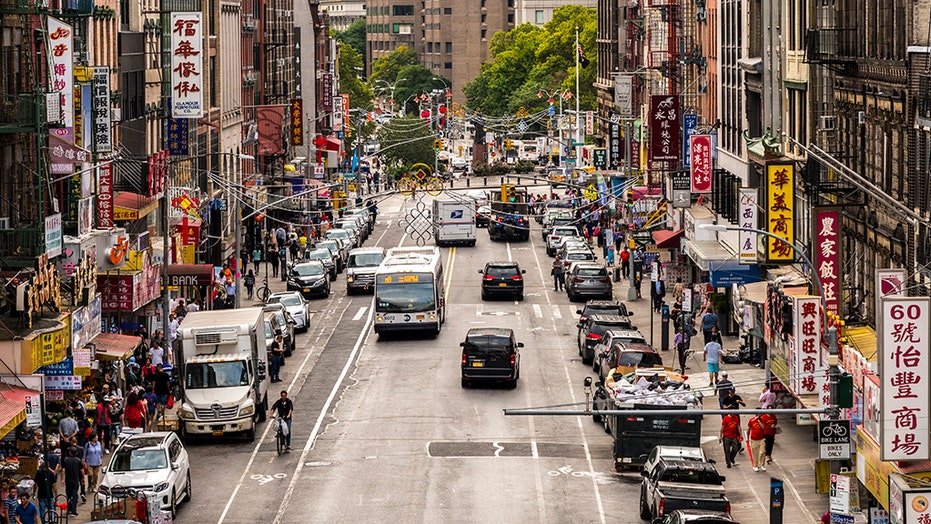 Four homeless men are dead, another seriously injured, after police say they were all beaten in their sleep by another homeless man wielding a large metal object in New York City early Saturday morning.

Police say a 24-year-old suspect is in custody but has not yet been charged. The suspect was arrested with a weapon still in his hands, officials said.

“The motive appears to be, right now, just random attacks,” Chief of Manhattan South Detectives Michael Baldassano said Saturday at a news conference. There was no evidence yet that the victims were “targeted by race, age, anything of that nature," he added.

Police received a 911 call just before 2 a.m. as an assault was in progress in Manhattan's Chinatown neighborhood. They found one man dead in the street and a second with severe head injuries. The injured man was immediately transported to the hospital.

Police say the injured man is in critical condition and plan to question him as soon as possible, Baldassano said.

Three additional men were found dead. Police say two of the men were killed on The Bowery, which cuts through Chinatown and is known as "skid row." Two men died on East Broadway, the neighborhood's main thoroughfare.

Officials have not released the identities of the victims.

A homeless man who sleeps in the area said he knew one of the victims to be kind and quiet.

"No one knew him by name, but we saw him every day,” Stephen Miller said. “At this point, I’m just sad. This guy never did anything. Just had a life to live. It sucks that he’s out here in the rain and everything, but it doesn’t mean he doesn’t have a life to live.”

New York City's homeless population has reached record levels over the past decade. An average of seven homeless people have been murdered each year for the past five years.

"We’re stunned and horrified by this senseless act of violence against the most vulnerable members of our community," New York City Mayor Bill de Blasio said on Saturday. "It flies in the face of the values of our city. We’re keeping the victims and their loved ones in our hearts today."

De Blasio's homeless outreach effort has faced challenges, and city efforts to build more homeless shelters have been drawn out due to opposition.