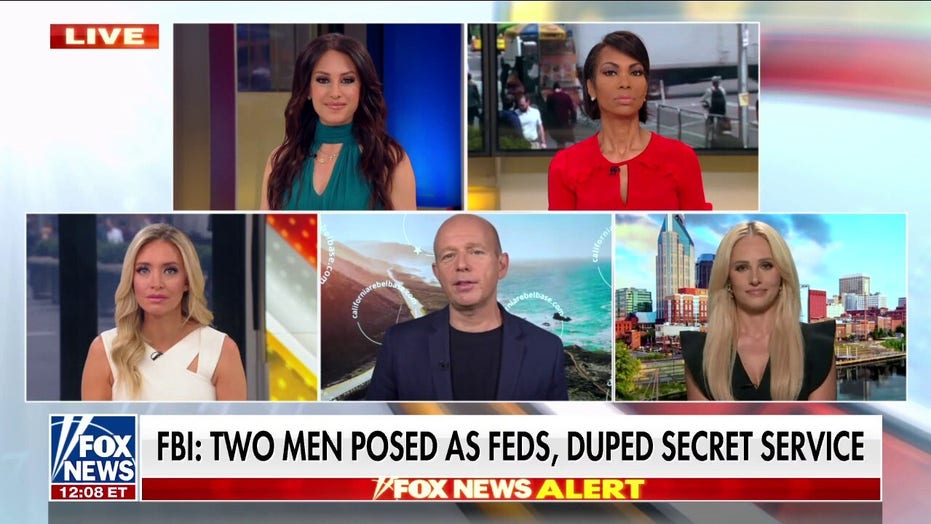 Two men accused of posing as Homeland Security personnel and heaping lavish gifts on Secret Service agents were indicted by a federal grand jury Tuesday on charges of false impersonation of an officer of the United States and unlawful possession of a large capacity ammunition feeding device, according to a court filing.

Arian Taherzadeh, 40, and Haider Ali, 36, were arrested on April 6 but U.S. Magistrate Judge Michael Harvey released the men last Wednesday under conditions that include supervision and GPS monitoring.

Prosecutors said in court that the FBI found multiple firearms as well as sniper scopes, body armor, and gas masks when they raided five apartments associated with the men earlier this month.

Taherzadeh also allegedly offered to buy an assault rifle for a Secret Service agent who is assigned to First Lady Jill Biden's detail.

The two men were tipped off about the investigation just days before the FBI raid when a Secret Service investigator reached out to Taherzadeh about an internal probe into gifts the men gave agents, including iPhones, apartments, televisions, a drone, and even a penthouse that was rented for $40,000 a year.

Four members of the Secret Service who allegedly accepted the gifts have been placed on administrative leave.

Taherzadeh and Ali's plot began to unravel when a United States Postal Inspector started investigating an assault on a mail carrier at their apartment building, according to prosecutors. Residents told the postal investigator that the two men had installed surveillance throughout the building and could access their personal information. That information was turned over to the DHS and then the FBI.

Prosecutors had argued against the suspects' release, saying that Ali made multiple trips to the Middle East and had visas for Pakistan and Iran.

Taherzadeh’s attorney argued in court that her client just wanted to be friends with the agents and had no intention of compromising them, while Ali's lawyer said that he actually thought Taherzadeh was working on behalf of the U.S. government.