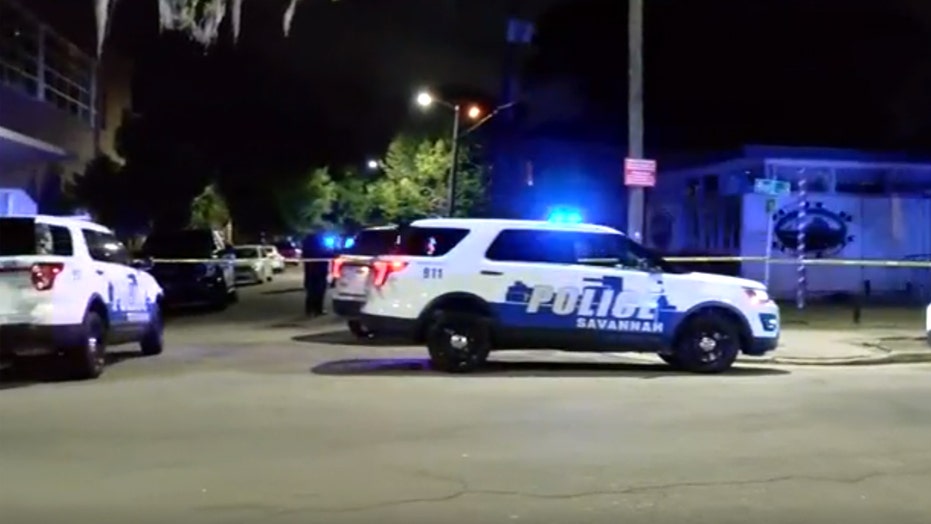 A police officer in Georgia died from injuries sustained after a shooting Saturday night that injured another officer and left a suspect dead, officials said.

The Savannah Police Department said in a Facebook post the shooting happened around 8:10 p.m. on the 2300 block of Bull Street as officers were following up on a robbery call.

The officers were notified of a suspect's car and were approaching the vehicle when the shooting took place, according to police.

Two officers, in addition to the suspect, sustained injuries and were transported to an area hospital. Police said Sunday morning one of the officers died due to injuries sustained in the shooting, while the second officer was treated and released.

A police officer died of injuries sustained after a shooting Saturday night in Savannah, Georgia, according to local police. (WTOC-TV via NNS)

"Please keep our officers and their families in your thoughts and prayers at this time," police said. "We want to thank the community for their continued support."

The Georgia Bureau of Investigation said on Twitter it that has been requested to assist in the investigation, and is "gathering details" from the scene on Saturday night.

Students from the Savannah College of Art and Design told WTOC-TV they heard some shots and waited a few minutes before looking out the window as additional shots rang out.

"I was going home. I was over at that party there and then I heard about six shots go off,"  Stephen Facea told WTOC. "It wasn’t seconds, and I saw two cop cars racing down."

Surrounding roads were closed off with crime scene tape, and neighbors told FOX28 they were told they could not leave the confines of their homes as authorities investigated.

The GBI said the suspect was also killed in the shooting. A news conference is planned for Sunday afternoon to release further information, according to police.

So far in 2019, 41 officers have died in the line of duty, from causes ranging from being hit by vehicles to suffering medical emergencies, according to data from the Officer Down Memorial Page. The last time the overall number was at 40 at this point in the year was in 1965.