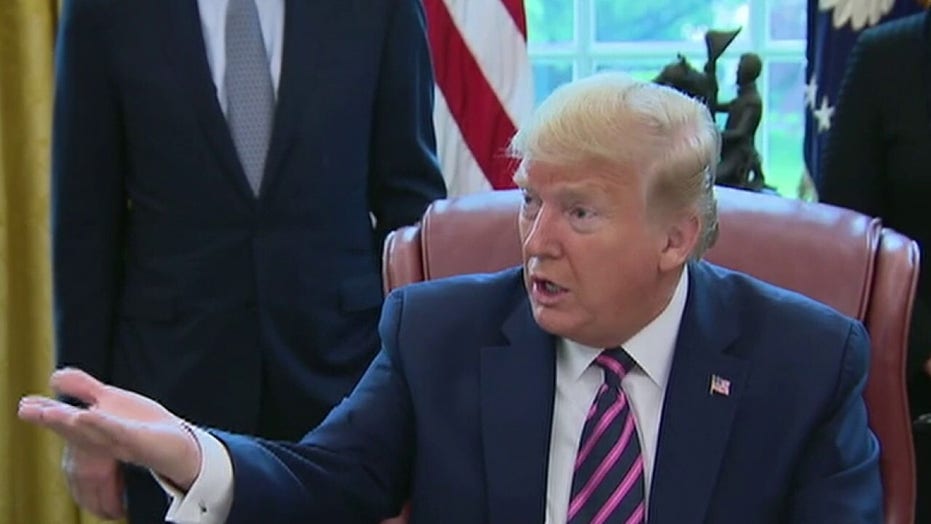 Two Georgia men were hospitalized over the weekend after ingesting household chemicals as part of a misguided attempt to prevent themselves from contracting the coronavirus, according to reports.

Gaylord Lopez, the director of the Georgia Poison Control Center, told The Atlanta Journal-Constitution on Wednesday that two men in Atlanta, both with a history of mental health issues, were hospitalized after drinking household chemicals “to prevent Covid.”

Both men, whose identities have not been released by authorities, were later transferred to hospital psychiatric wards for observation before being discharged and are expected to be okay, Lopez said in a separate interview with Fox 5 Atlanta.

Last week, President Trump sparked controversy after appearing to suggest during a White House press briefing that light and disinfectants might have the potential to treat the coronavirus.

"And then I said, supposing you brought the light inside the body, which you can do either through the skin or in some other way. And I think you said you're gonna test that, too. Sounds interesting, right?"

White House Press Secretary Kayleigh McEnany later said Trump’s remarks were taken out of context. Trump himself said the next day that he was being “sarcastic.”

Nonetheless, citing “recent speculation and social media activity,” the makers of Lysol, the United Kingdom-based Reckitt Benckiser Group, issued a statement hours after the president’s remarks warning “under no circumstance should our disinfectant products be administered into the human body (through ingestion, injection or any other route).”

“When we look at the comments that Trump made, it’s unfortunate that people have misinterpreted it,” Lopez told Fox 5 Atlanta.

In March and April – both before and after the president’s remarks – the Georgia Poison Control Center received 116 calls about the misuse of household cleaning projects. That compares to the just 49 calls received during that same time period last year.

Lopez explained that most calls did not involve people ingesting or injecting the chemicals, but rather resulted when people began “playing mad chemist at home, and they’re mixing various agents” before accidentally inhaling the fumes and needing medical attention.

“When you mix bleach with certain types of chemicals, you produce a reaction that can cause release of noxious and toxic gases, and if you inhale enough of this stuff, you can induce a chemical pneumonia,” Lopez told the Constitution-Journal.

The Centers for Disease Control and Prevention recorded a 20 percent increase in the number of calls to poison centers around the country over disinfectants within the first three months of this year.

Around this time, cleaning products began flying off the shelves, leading people to improvise when trying to disinfect their homes as the outbreak began to worsen in the United States.