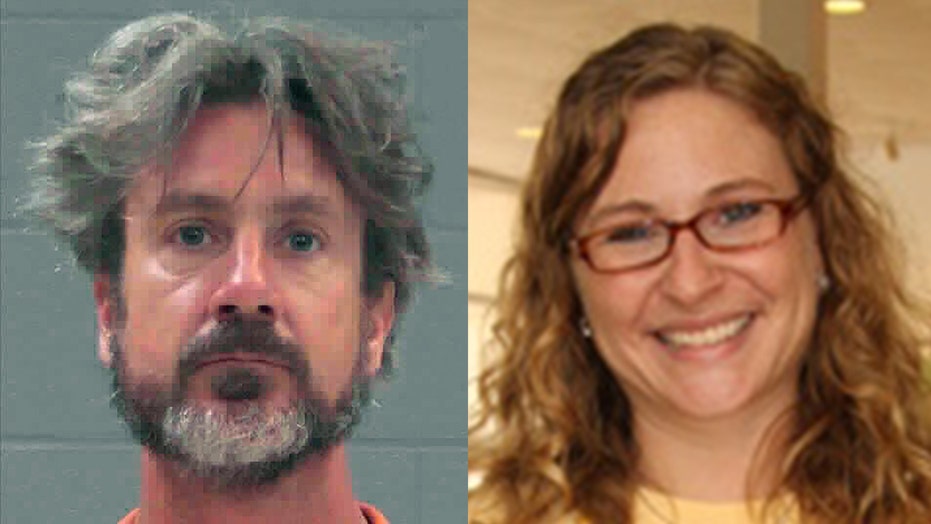 Two people are dead and a third was arrested Sunday in an odd case in which police say a Georgia homeowner killed himself after a college professor was found dead on his property.

The Baldwin County Sheriff's Office said it received a 911 call about 1 a.m. Sunday about a woman found unresponsive after being underwater for about two minutes in a hot tub on a property belonging to 69-year-old Sydney Clark Heindel.

Once on the scene, deputies encountered Heindel and a “nude male subject,” who was later identified as 41-year-old Marcus Allen Lillard, performing CPR on 43-year-old Marianne Clopton Shockley, who was unresponsive and also was found naked.

Shockley had no pulse and emergency medical personnel declared her dead shortly after arriving, an incident report by the sheriff’s office stated.

Lillard, who told police the victim was his girlfriend, said he had been in the woods for about 15 minutes gathering firewood before returning to find Shockley "passed out" in the hot tub.

Shockley, a professor of entomology at the University of Georgia, sustained an apparent head injury, which Lillard claims happened when he picked her up from the hot tub and jumped in the pool to swim her to the other side of the pool deck, where she was later found by police.

He said he fell while carrying her and she hit her head.

Heindel reportedly told a slightly different story when questioned by authorities. He explained he was swimming in the pool while Shockley was in the hot tub and that both men noticed the victim unresponsive once Lillard returned from the woods.

Heindel said, after performing CPR, Shockley appeared to be faintly breathing and he assumed she was regaining consciousness. They didn’t report the incident until 45 minutes later.

Officers on the scene noticed suspicious holes in the men’s stories including one note in the incident report that there was already a large pile of firewood near the firepit by the pool. The report continued it seemed odd to the deputy that they would be gathering more wood because it had been raining heavily earlier in the day.

While Lillard was in the back of a patrol car, police went to question Heindel again.

That’s when they discovered him inside the master bathroom -- dead from an apparent self-inflicted gunshot wound.

Lillard has since been charged with murder, aggravated assault and concealing the death of another.