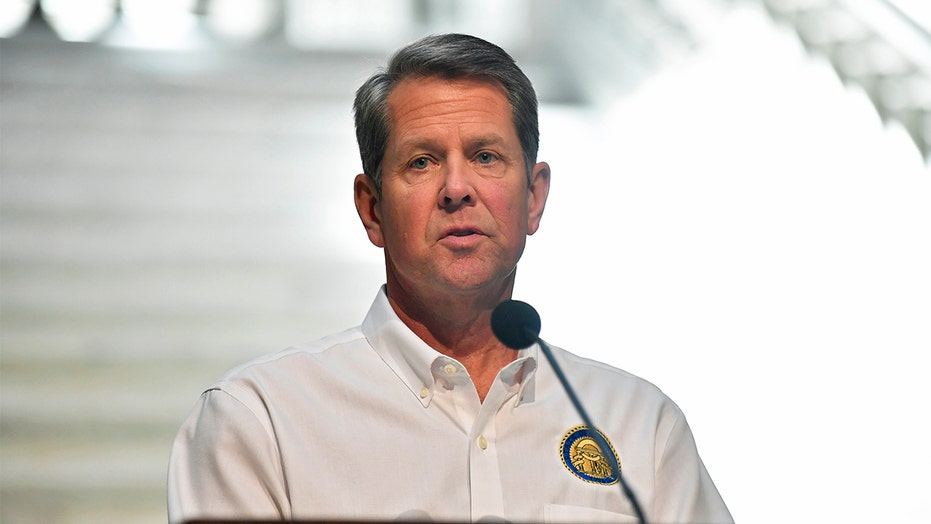 Georgia Gov. Brian Kemp signed a batch of new laws Tuesday aimed at bolstering foster care and battling human trafficking in the Peach State, including a bill that will ban traffickers from driving commercial vehicles for life.

“Today is an important step forward to ensure a brighter, safer future for Georgia's children in foster care and bring an end to human trafficking in our state,” Kemp said in a statement.

One of the bills signed into law, HB 823, will penalize anyone who “knowingly” drives a motor vehicle to commit human trafficking crimes -- like smuggling someone in the back of a truck or transporting a child for sex abuse -- with a lifetime ban on operating commercial vehicles.

It’s part of Georgia first lady Marty Kemp’s initiative to shut down human trafficking and increase protections for children in the state.

“This fight is far from over, and it is one that we are focused on winning,” she said. “Every day, we will continue to do our part to keep our children safe and ensure that those who would put them in harm's way know that they have no place in Georgia.”

Georgia already has strong anti-human trafficking laws. In 2011, the state increased the punishment for such crimes from a minimum sentence of one year to 10 years in prison. Trafficking of minors for sex crimes carries a sentence of 25 years to life in prison.

ATLANTA, GA - MAY 07: Georgia Gov. Brian Kemp speaks to members of the media during his weekly press conference regarding the Coronavirus (COVID-19) pandemic from the Georgia State Capitol on May 07, 2020, in Atlanta, Georgia. (Photo by Austin McAfee/Icon Sportswire via Getty Images)

Trafficking victims are exploited for both commercial sex and physical labor, and the average age of when a victim first becomes trafficked is between 12 and 14 years old, according to the Georgia Attorney General’s Office.

By comparison, in neighboring Florida, which has roughly double Georgia’s population, there were 896 human trafficking cases in 2019, according to the hotline’s data.

On the federal level, the Justice Department (DOJ) secured convictions against 475 human traffickers in 2019, according to the State Department’s annual Trafficking in Persons Report. Of those, 454 involved sex trafficking, and only 21 involved labor.

Anyone who suspects human trafficking can call the National Human Trafficking Hotline at (888) 373-7888.

The other laws Kemp signed Tuesday are aimed at bolstering the state’s foster care system and to address data reporting related to child abuse.