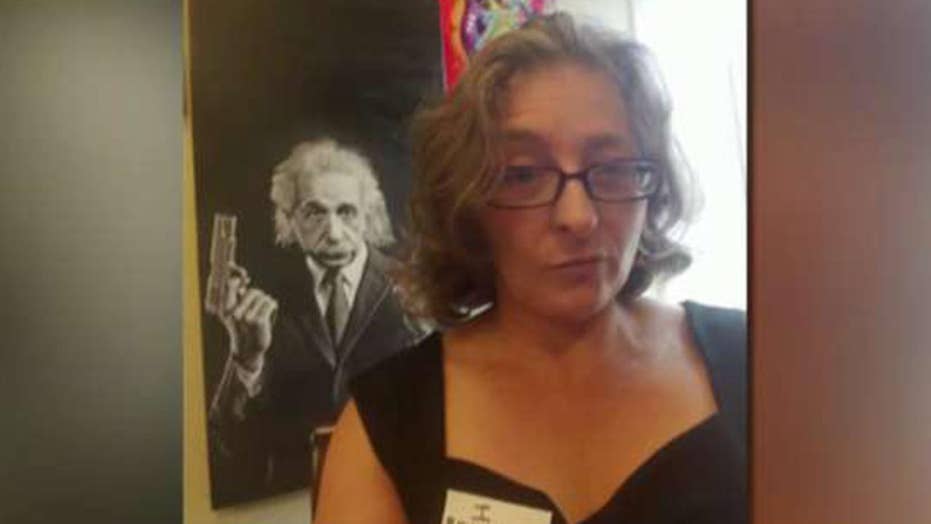 An anti-Trump professor, Dr. Carol Christine Fair, is no longer teaching classes at Georgetown University following calls for the outspoken liberal educator to be fired.

“Look at [this] chorus of entitled white men justifying a serial rapist’s arrogated entitlement,” she wrote. “All of them deserve miserable deaths while feminists laugh as they take their last gasps. Bonus: we castrate their corpses and feed them to swine? Yes.”

Her account was de-verified and temporarily suspended Tuesday for violating Twitter’s rules, but until Friday, the university had taken no action against the controversial professor.

A Georgetown spokesperson told Fox News Fair is no longer teaching students, but will be traveling internationally for university research.

Joel Hellman, dean of the School of Foreign Services (SFS) where Fair is a distinguished associate professor, made the statement Friday afternoon pointing to the importance of a bias-free classroom where students can learn.

“To prevent further disruption to her students and out of an abundance of caution for the security of our community, we have mutually agreed for Professor Fair to go on research leave effective immediately,” Hellman wrote in a statement to the SFS community. “Professor Fair will accelerate previously scheduled international research travel.”

GEORGETOWN PROFESSOR SUSPENDED BY TWITTER AFTER CALL FOR ‘DEATHS’ OF GOP SENATORS, KAVANAUGH

While the university had previously supported Fair and said her comments were made in a private capacity, Hellman noted the legitimate concerns of the Georgetown community

“We can and do strongly condemn the use of violent imagery, profanity, and insensitive labeling of individuals based on gender, ethnicity or political affiliation in any form of discourse,” Hellman said.

Fair wrote on Twitter earlier this week that she does not and never has condoned violence.

“My tweet, as I have explained, was an attempt to make YOU as UNCOMFORTABLE as I am using the language of the abuse I receive by the hundreds,” she said.

Days before, Fair went on a Twitter tirade against Kavanaugh, calling the embattled nominee a “rapist” and “perjurer.” She described the GOP as a “f---ing death cult” and “filthy swine.”