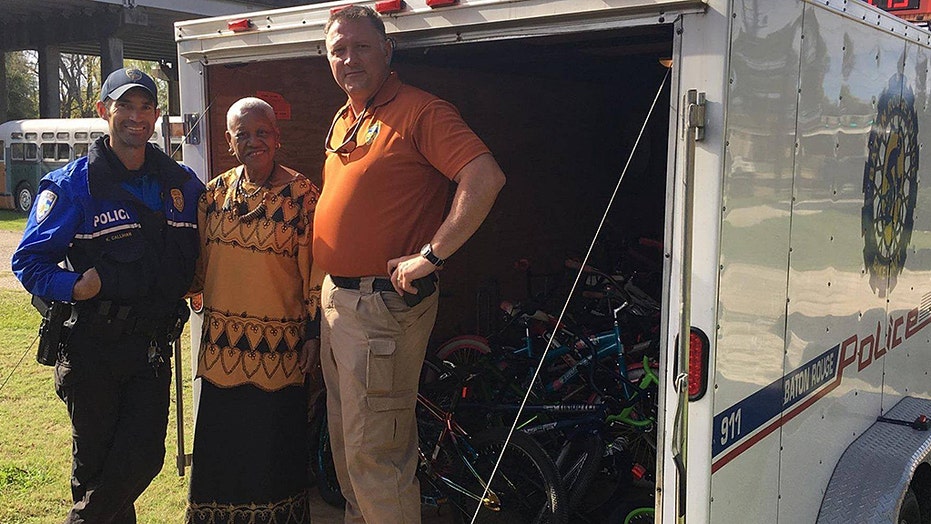 The founder of a African-American history museum in Louisiana was found dead in the trunk of a car Friday night, police said.

The body of Sadie Roberts-Joseph, 75, was found in the trunk of a car parked in the 2300 block of North 20th St, just three miles from where she lived, The Advocate reported citing Baton Rouge police.

It was not immediately clear who discovered the body and police did not release a cause of death.

In a Facebook post, police mourned the loss of Roberts-Joseph who they called a “treasure to our community.”

The body of Sadie Roberts-Joseph, 75, was found in the trunk of a car parked in the 2300 block of North 20th St, just three miles from her home. (Baton Rouge Police Department)

“Ms. Sadie was a tireless advocate of peace in the community. We had opportunities to work with her on so many levels … Ms. Sadie is a treasure to our community, she will be missed by BRPD and her loss will be felt in the community she served.”

State Rep. C. Denise Marcelle also took to Facebook to say she was “saddened by her death.”

Roberts-Joseph was the founder and curator of the Baton Rouge African American Museum, which started in 2001.

The website of the city's visitor bureau says the museum features African art, exhibits on growing cotton and black inventors as well as a 1953 bus from the period of civil rights boycotts in Baton Rouge.