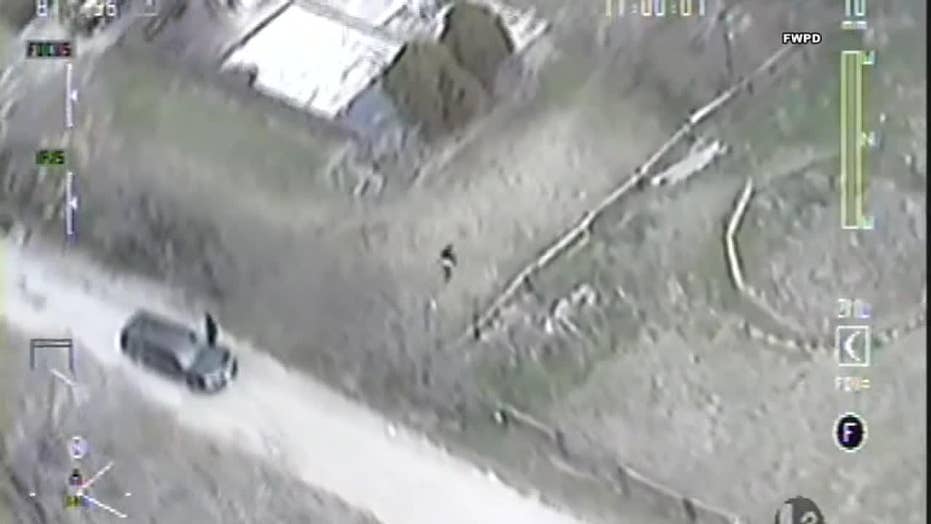 Driver believed to have caused a multi-car accident takes off on foot.

The top cop in Fort Worth, Texas, showed he can still hoof it when it comes to chasing down a fleeing suspect.

Chief Ed Kraus’ pursuit of the suspect Friday morning through backyards and over fences was recorded by a police helicopter over the scene.

Police said the suspect took off after causing a multi-car crash on I-20, Fox 4 Dallas reports. Kraus happened to be in the area in his police vehicle.

Image from video shot by a police helicopter shows Fort Worth Police Chief Ed Kraus nabbing a suspect after a foot chase through backyards and over fences. (Forth Worth Police Department)

KENTUCKY ESCAPEES BACK IN CUSTODY AFTER POLICE CHASE IN OHIO: REPORTS

Chief Ed Kraus, 52, is a 26-year veteran of the force who was only named permanently to the role earlier this month after performing the role on an interim basis since May. (Fort Worth Police Department)

The fleeing suspect, who was not immediately identified, was facing a charge of fleeing the scene of an accident, the station reported.

Kraus, 52, a 26-year veteran of the force who was only named permanently to the role earlier this month after acting as the chief on an interim basis since May, had to be coaxed into commenting on the chase, Fox 4 reported.