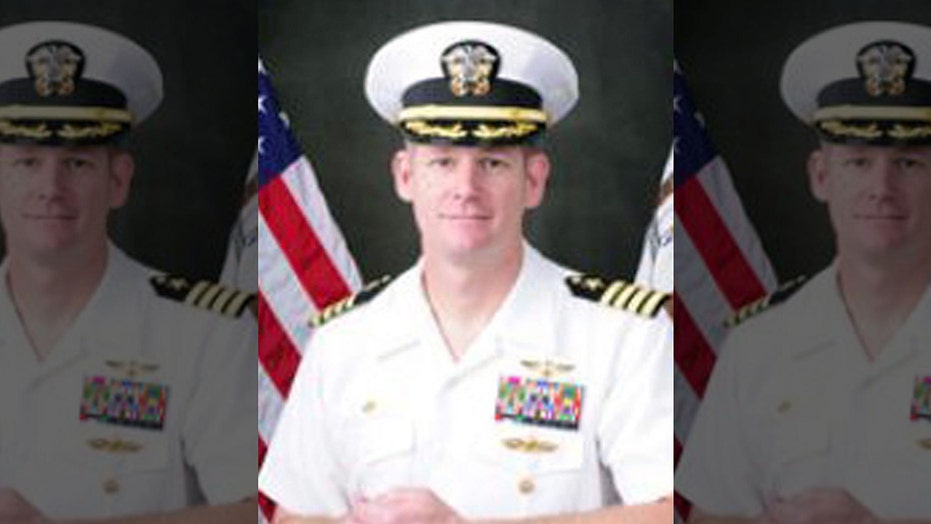 A federal jury on Friday convicted former Naval Station Guantanamo Bay commander Capt. John Nettleton of obstructing justice and other offenses during the Navy's investigation of a civilian's death in 2015.

Nettleton, 54, was also found guilty of making false statements, concealing information and falsifying records as the military probed Christopher M. Tur's death, the Justice Department (DOJ) said. He could face up to 75 years in prison, but will likely serve much less time based on sentencing guidelines. His sentencing has not been scheduled yet.

Tur, 42, was the loss-prevention safety manager at the station's Naval Exchange, a shopping complex operated by the Navy. He was found dead in the Guantanamo Bay waters off the base on the southeastern coast of Cuba on Jan. 11, 2015. An autopsy later revealed he was injured -- including fractured ribs and a cut to his head -- prior to his drowning, the DOJ said.

On Jan. 9, the night he disappeared, Tur confronted Nettleton at a party at the Officer's Club and alleged that Tur's wife, Lara, was having an affair with Nettleton, the Justice Department said.

The men had "consumed several alcoholic drinks," the indictment said.

Tur went to Nettleton's house later the same night, was injured following a "physical altercation". Nettleton's daughter said she heard noises and came downstairs to see her father on the ground and Tur standing over him before he left and wasn't seen again. A friend of Tur's said he received a call not long after that, with Tur telling the friend he had been at Nettleton's house and had "just knocked the skipper out."

Tur was reported missing on Jan. 10.

During the Navy's investigation into Tur's death, Nettleton failed to report that the victim had accused him of having the affair, that the two had a fight or that Tur was injured in the altercation, according to the DOJ.

Nettleton denied the affair, but it was later determined that it took place, according to prosecutors in Jacksonville. Tur's wife also admitted to the affair when she testified during the trial.

The former commander continued to make false statements and not report relevant information to the case while authorities searched for Tur's body and during the investigation into his death, the Justice Department said.

“Captain Nettleton dishonored his oath and impeded the investigation into a civilian's tragic death, preventing much-needed closure for the family and friends of the deceased," Assistant Attorney General Brian A. Benczkowski said.  “Today's verdict demonstrates the department's steadfast commitment to holding accountable those who abuse their positions of public trust and obstruct justice.”

WHAT IS GUANTANAMO BAY?

Tur's siblings issued a statement Friday thanking prosecutors and the jury but added “unfortunately this trial has brought us more questions. ... We will not stop until we have answers.”

Tur's blood was found inside the entry of Nettleton's base residence and on a paper towel in the backyard, the investigation found.

“By deliberately misleading NCIS [Naval Criminal Investigative Service] during the investigation into the tragic death of Mr. Tur, Captain Nettleton delayed justice and wasted valuable Department of the Navy resources,” NCIS Special Agent in Charge Matthew Lascell said. “NCIS is dedicated to holding those who unlawfully impede investigations accountable for their actions.”

Nettleton commanded the Navy base but had no role in the operation of the Guantanamo Bay detention center, which is located on the base and run by a joint task force. He was named commanding officer at Guantanamo Bay in June 2012.

Tur came to Guantanamo in May 2011 with his wife and two children.

Fox News' Sam Chamberlain and The Associated Press contributed to this report.