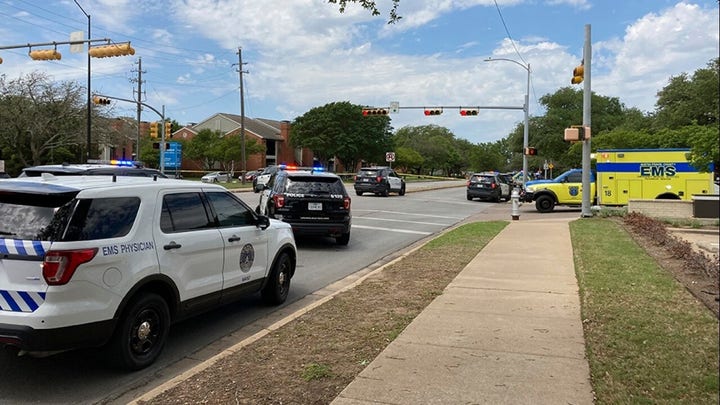 Austin police said that the three lifeless bodies were all adults, including two Hispanic females, and one Black male. They said they believe the suspect is Stephen Nicholas Broderick, who is a former Travis County Sheriff's Office detective that was charged with raping a 16-year-old girl last summer.

Austin's KXAN, citing an arrest affidavit, reported last June that the ex-detective was on administrative leave following an arrest for allegations of sexual assault.

U.S. Marshals arrested Broderick on June 6, three days after the teen accused him of assaulting her in a home in Elgin, Texas, the Austin American-Statesman reported.

Broderick reportedly spent 16 days in jail before he posted a reduced bail amount of $50,000. Court records reviewed by the paper indicate his wife filed for divorce and obtained an order of protection after his arrest which was a year after he received a promotion by the Travis County Sheriffs Law Enforcement Association.

The Austin Police Department said the suspect was still on the run Sunday evening and is considered armed and dangerous. CLICK HERE FOR MORE ON OUR TOP STORY.

Chicago McDonald's drive-thru turns into horror scene after 7-year-old girl shot, father injured
A Chicago dad was seriously injured, and his seven-year-old daughter was killed by gunshots while they were sitting in a drive-thru at a McDonald’s Sunday afternoon.

Police have identified the father as 29-year-old Jontae Adams and his daughter as Jaslyn.

A McDonald's employee who asked not to be named told the Chicago Sun-Times that two people got out of a gray car in the drive-thru and started shooting at Adams' car.

Police said the two victims were inside a vehicle near a parking lot "when they heard gunshots and felt pain."

The girl, who has three siblings, was struck "multiple times" to the body, and the dad was struck to the torso, police said. CLICK HERE FOR MORE.

Dr. Fauci joining Snapchat to boost vaccine confidence among target demographics in WH media blitz: report
The Biden administration has reportedly partnered with Twitter and Facebook to inform users of their COVID-19 vaccine eligibility as states move to make all U.S. residents 16 and older eligible for the COVID-19 vaccine.

An unnamed administration official told Axios that the White House plans to launch a targeted "media blitz" on Monday that will target specific demographics who tend to show higher rates of vaccine hesitancy, including Latino and Black communities. The digital push will also target conservatives on social media, the outlet reported.

White House officials will also reportedly partake in the effort, appearing in interviews with Telemundo, All Ag News and radio host Rickey Smiley, who is popular among Black communities, Axios said.

Fauci, who rose to national stardom at the start of the pandemic, will target younger demographics with informative Snapchat clips, the administration official confirmed to Axios. CLICK HERE FOR MORE.

In other developments:
- Fauci ties gun violence to a public health issue
- California health officials under fire after state lab's COVID testing delays may be result of contamination
- Fauci, pressed on why vaccinated people still need to wear masks, hints change is coming 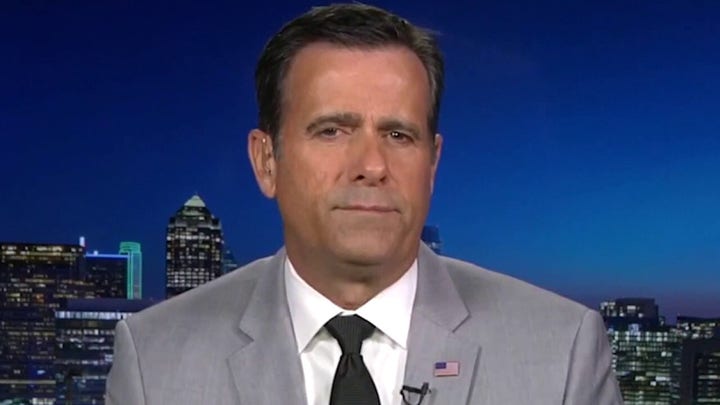 "I spent much of the last year saying China was our greatest national security threat by far," Ratcliffe said. "Militarily, economically, technologically, that China – and China alone – is attempting to supplant the United States, but I, as you recall, received a lot of pushback on that because it wasn’t the political narrative the Left wanted."